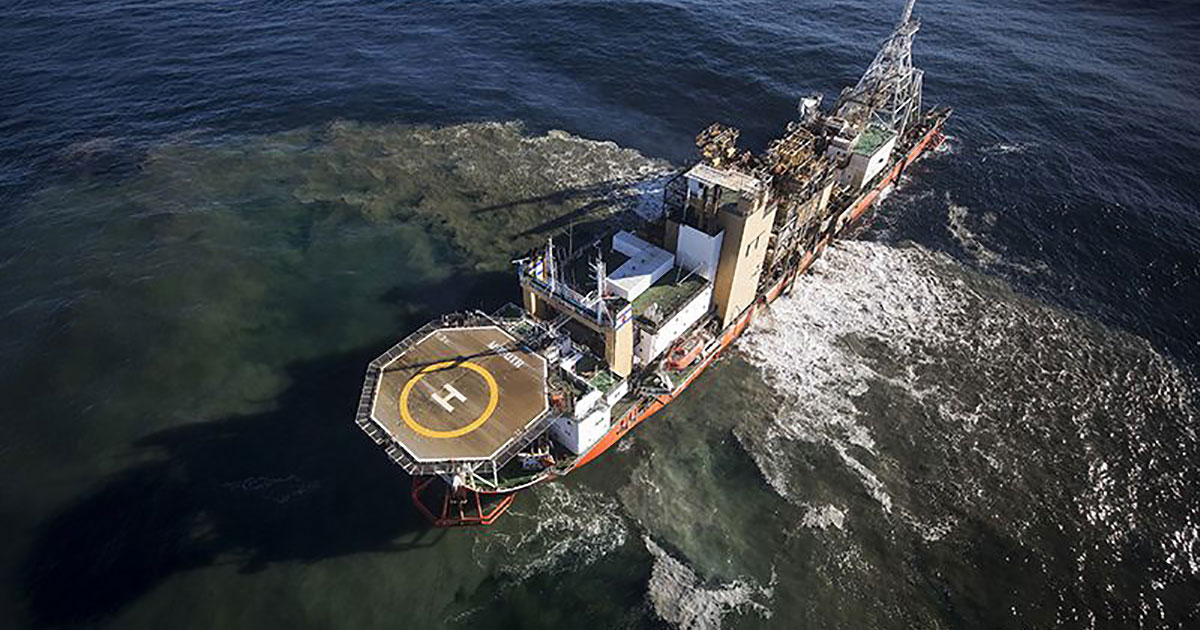 For decades, mining companies have been eager to extract rare and valuable metals and minerals from the deep sea — a practice that scientists have long warned could damage marine ecosystems. Now, the first large-scale test of a major industrial-mining technique promises to provide robust data on the impacts of the controversial practice.

Next month, a Belgian mining firm will use a machine to hoover up metals such as copper and iron that lie in rock deposits — or nodules — on the sea floor in the remote Pacific Ocean. Alongside, an independent team of European scientists will study the effects — in particular, how plumes of sediment created by the churning could affect the vibrant marine communities that inhabit the seabed and the water column.

The scientists’ findings are expected to inform the development of an international code of conduct to allow commercial mining to move forward — while minimizing harm to sea life.

“This will, hopefully, help us to close some of the knowledge gaps that we have on the expected impacts of deep-sea mining,” says Matthias Haeckel, a biogeochemist at the GEOMAR Helmholtz Centre for Ocean Research Kiel in Germany who is leading the research expedition.

The International Seabed Authority (ISA) — a 168-member body created by the United Nations that promotes and regulates seabed mining — met in Kingston, Jamaica, last month to discuss the code, which it hopes to finalize by 2020. Once formalized, the code will be a rulebook for mining the international seabed — the vast stretches of ocean floor that lie beyond national governance. Eventually, the ISA plans to issue 30-years exploitation licences to firms.

The ISA has granted 29 licences that give contractors permission to explore minerals from the deep sea. Sixteen are for the Clarion Clipperton Zone (CCZ) — one of the world’s largest untapped collections of high-value metal ores that commercial companies are keen to get their hands on. The vast plain is in the mid-Pacific and contains trillions of potato-sized deposits called polymetallic nodules, loaded with precious minerals and metals such as manganese, copper and iron.

Next month, Global Sea Mineral Resources (GSR), a mining subsidiary of dredging company DEME, will begin harvesting these deposits using a prototype machine called Patania II. Over eight days, it will suck up nodules from an area 300 metres by 300 metres. GSR is pushing for a mining code by 2020 and says that it needs these regulations in place to launch full-scale mining by 2026.

At the same time, scientists on the German research vessel RV Sonne will deploy deep-sea cameras and sensors to monitor how the dredging will churn the soft, sedimentary part of the sea floor that surrounds these nodules.

Researchers fear that mining could create plumes of suspended sediment that extend tens or even hundreds of metres above the seafloor. “The bottom waters of the CCZ are the clearest of anywhere in the ocean,” says Craig Smith, an oceanographer at the University of Hawaii at Manoa in Honolulu. But, he says: “We will not really understand the actual scale of mining impacts until the effects of sediment plumes from full-scale mining are studied for years”.

In particular, researchers worry that the plumes could bury, smother and toxify the vibrant life on the sea floor — such as rare, squid-like worms, sea cucumbers nicknamed ‘gummy squirrels’ and fast-moving sea urchins. “It is likely that the CCZ communities are extremely sensitive to sediment plumes,” says Smith. They also worry that sediment separated from the nodules on ships and later discarded into the sea will create more plumes.

A study published in January1 that used realistic data on oceanographic and sediment characteristics from the GSR mining site has already modelled how these plumes are likely to behave in response to their test. The research found that soft sediment in the CCZ could take up to ten times longer to resettle than previously thought, meaning sediment is likely to travel farther in the water column before it resettles, affecting marine life over a much larger area.

Kristina Gjerde, a high-seas policy specialist at the International Union for the Conservation of Nature, says that ultimately, the experiment isn’t long enough to gauge mining’s long-term effects. “The test is nowhere near the scale of what the impacts of 30-year, 24-hours-a-day, 7-days-a-week operation may be,” says Gjerde.