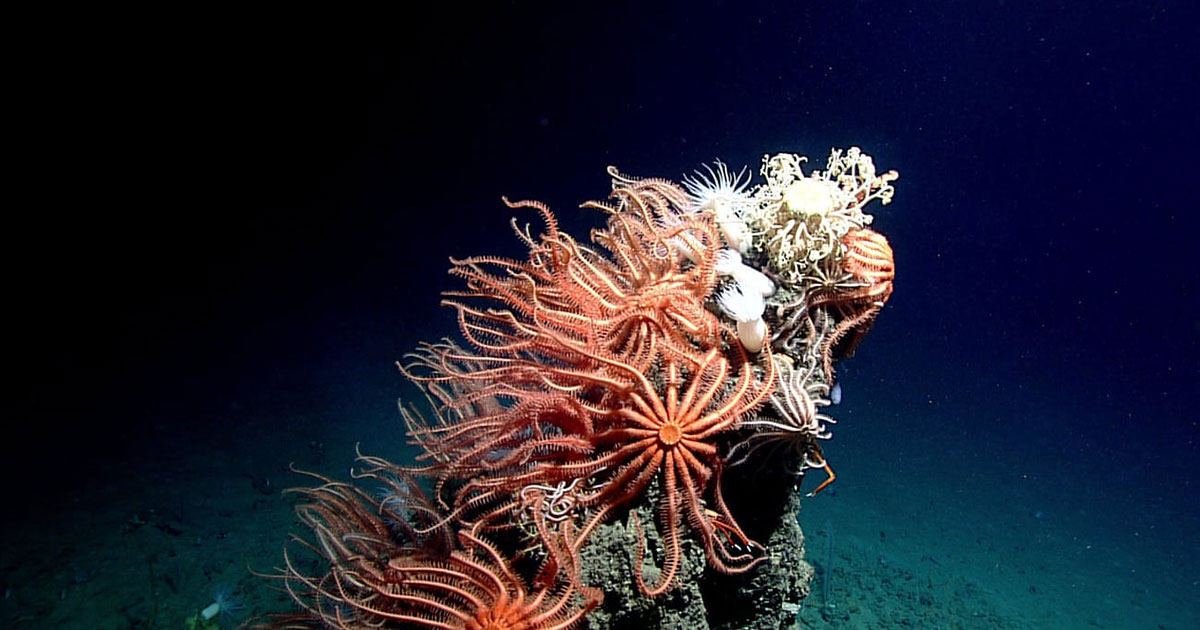 Microbes from deep-sea sponges could be a breakthrough in the fight against superbugs. Photograph: Office of Ocean Exploration and Research

When Prof Mat Upton discovered a microbe from a deep-sea sponge was killing pathogenic bugs in his laboratory, he realised it could be a breakthrough in thefight against antibiotic resistant superbugs, which are responsible for thousands of deaths a year in the UK alone.

Further tests last year confirmed that an antibiotic from the sponge bacteria, found living more than 700 metres under the sea at the Rockall trough in the north-east Atlantic, was previously unknown to science, boosting its potential as a life-saving medicine.

But Upton, and other scientists who view the deep ocean and its wealth of unique and undocumented species as a prospecting ground for new medicines, fear such potential will be lost in the rush to exploit the deep sea’s equally rich metal and mineral resources. 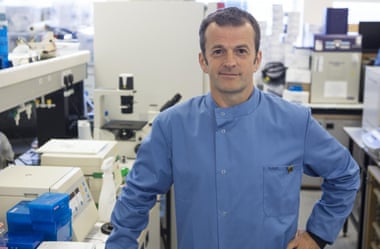 Mat Upton: ‘In sustainability terms, this could be a better way of exploiting the economic potential of the deep sea.’ Photograph: University of Plymouth

“We’re looking at the bioactive potential of marine resources, to see if there are any more medicines or drugs down there before we destroy it for ever,” says Upton, a medical microbiologist at the University of Plymouth. He is among many scientists urging a halt to deep- sea mining, asking for time to weigh up the pros and cons.

“We know sponges are a very good source of bioactive bacteria so I would say they would be a good source of antibiotics and anti-cancer drugs too. In sustainability terms, this could be a better way of exploiting the economic potential of the deep sea.”

Oceanographers using remotely operated vehicles have spotted many new species. Among them have been sea cucumbers with tails allowing them to sail along the ocean floor, and a rare “Dumbo” octopus, found 3,000 metres under the Pacific, off the coast of California.

Upton estimates it could take up to a decade for a newly discovered antibiotic to become a medicine – but the race towards commercial mining in the ocean abyss has already begun.

The deep sea, more than half the world’s surface, contains more nickel, cobalt and rare earth metals than all land reserves combined, according to the US Geological Survey. Mining corporations argue that deep-sea exploration could help diversify the supply of metals, including cobalt for electric car batteries, presently mined in the Democratic Republic of the Congo, where child labour is common. Demand for copper, aluminium, cobalt and other metals, to power technology and smartphones, is soaring.

So far, 29 licences for exploration activities have been granted by the International Seabed Authority (ISA), a UN body made up of 168 countries, to promote and regulate deep-sea mining. No commercial exploitation licences have been granted yet, but one firm, Global Sea Mineral Resources, has said it needs regulations in place by next year to start mining in 2026.

Last week the ISA’s legal and technical commission gathered in Pretoria, South Africa, for a workshop to develop environmental standards for a draft mining code, which will create the framework for exploitation. Michael Lodge, the organisation’s secretary general, has promised regulations will be finalised by 2020.

But many fear this is moving too fast. Mining could devastate fragile ecosystems that are slow to recover in the highly pressurised darkness of the deep sea, as well as having knock-on effects on the wider ocean environment. Critics have called for a 10-year ban on commercial mining.

Kristina Gjerde, a high seas policy specialist at the International Union for Conservation of Nature, is deeply concerned over the lack of environmental protections in the draft code. “We’re just blindly going into the dark, adjusting any impacts on the way,” says Gjerde. “We have no assurances, no evidence that they can avoid serious harm.”

A cross-party group of MPs wrote in January that deep-sea mining would have “catastrophic impacts” on habitats and species and concluded that the case for such activity had not yet been made. 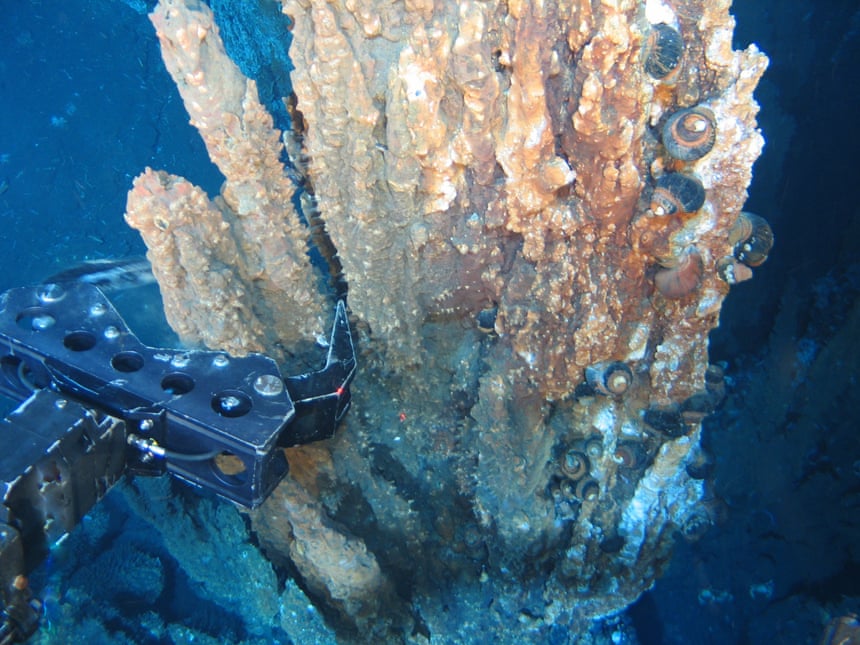 A study published in January found that soft sediment in the Clarion-Clipperton Zone (CCZ) in the mid-Pacific, where most exploration licences have been granted, could take up to 10 times longer to resettle than previously thought, meaning sediment is likely to travel farther in the water column before it resettles, affecting marine life over a much larger area.

Dr Kerry Howell, a colleague of Upton’s at the University of Plymouth, is working on a model to try to predict where on the sea bed important species such as Upton’s sponge lie. “We don’t have all the information we need” says Howell, a deep-sea ecologist. “Our project will look at which species might be important and which may be impacted by mining. If the models work, we will know where they are and we will know what they can do, and we can make decisions about whether mining can go ahead.”

Her work is part of a £20m five-year programme, funded by the UK’s Global Challenges Research Fund. “We are writing regulations in a severe absence of knowledge of the ecosystem,” she warns.

Howell also receives funding, for separate research, from a deep-sea mining company, UK Seabed Resources, which is a subsidiary of the UK branch of the US aerospace and defence company Lockheed Martin. This is also important work, she acknowledges, but scientists simply do not know enough yet.

“Most deep-sea scientists are concerned at the speed at which the development of regulations is happening,” says Howell.

Britain’s partnership with UK Seabed Resources holds licences to explore a total of 133,000 sq km of the Pacific sea floor, more than any government apart from China, according to analysis by Unearthed, Greenpeace’s investigative arm. The licences are in the CCZ, the site of one of the world’s largest untapped collections of high-value metal ores. The area contains trillions of potato-sized black lumps called polymetallic nodules, containing cobalt, nickel, copper and manganese. 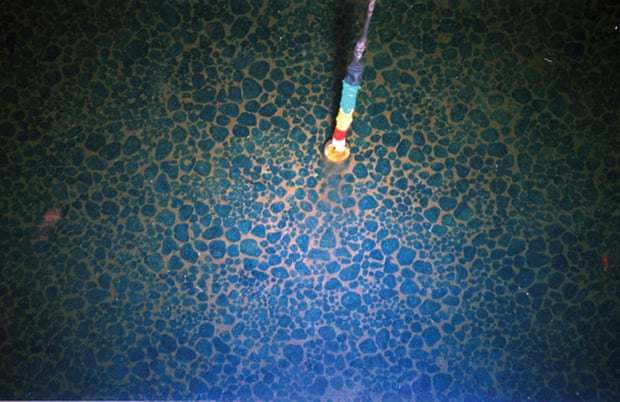 A deep-sea bed of manganese nodules off the Cook Islands. Photograph: USGS

Dr Jon Copley, associate professor at the National Oceanography Centre Southampton and a contributor to the BBC’s Blue Planet II series on marine life, is studying hydrothermal vents. Formed when seawater meets magma, and the sites of massive sulphide deposits, these vents are one of three different resources of the deep sea being administered by the ISA.

“On deep sea vents, scientists are clear – we don’t want mining on them,” he says. “There are thousands of species of deep-sea animals living there and new species are being discovered all the time.”

Roughly 400 new species have been found at active hydrothermal vents since 1977.

Copley believes science has moved on since the ISA, whose members are parties to the 1982 UN convention on the law of the sea, began its work in 1994. He questions whether the agency is fit for purpose, when part of its mandate is to promote seabed resources “for the benefit of mankind”.

“The ISA was set up on a false premise – that there is a vast wealth down there that could be used to address social injustice. But it is quite possible the enterprise will increase the gap between rich and poor. At what point do we say: ‘Hang on, is this a good idea?’

“I can understand why the ISA doesn’t want to scare off investors by being heavy-handed on environmental protections. They have to deliver the benefits to the developing world. They have to be very careful.”

Environmentalists point to last year’s designation of the “Lost City”, an area under the Atlantic and one of the world’s most important sites of scientific interest, as part of a mining exploration zone, and are sceptical of the ISA’s environmental credentials. 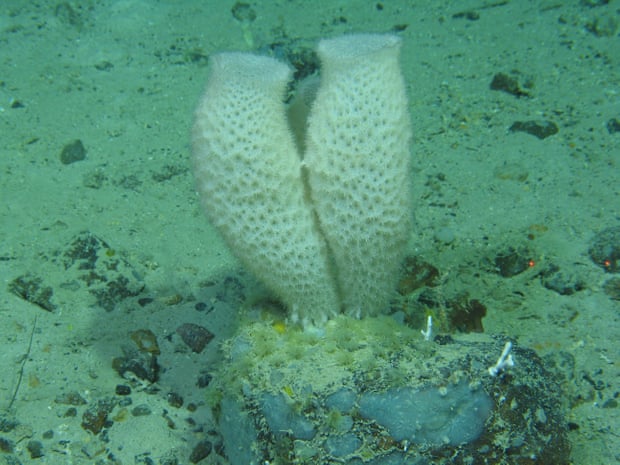 Louisa Casson, an oceans campaigner for Greenpeace, says that the deep sea is comparable to rainforests in terms of carbon sinks, which are vital in combating climate breakdown. Casson says: “We haven’t heard any reassurances from mining companies or the ISA about how they might handle this potential risk. Last year, the ISA granted Poland an exploration licence in an area highlighted by Unesco. Right now, it seems to be serving the interests of the companies.”

The ISA has said there was no suggestion Poland was going to mine in this area and that part of the exploration licence was to conduct environmental studies.

In a statement to the Guardian, Lodge says that, where mining activities are concerned, the ISA is taking “all necessary measures” under the UN convention on the law of the sea “to ensure the effective protection of the marine environment, including marine biodiversity, from harmful effects”.

“An extremely important part of ISA’s mandate is ensuring appropriate environmental assessments and safeguards in the activities it regulates,” he says. “No seabed mining will take place until such elements have been agreed by all 168 member states.”

Lodge says the money the ISA receives from proposed royalties or other finances will be shared for the benefit of member states, particularly taking into account the needs of those that are “least developed and landlocked”.