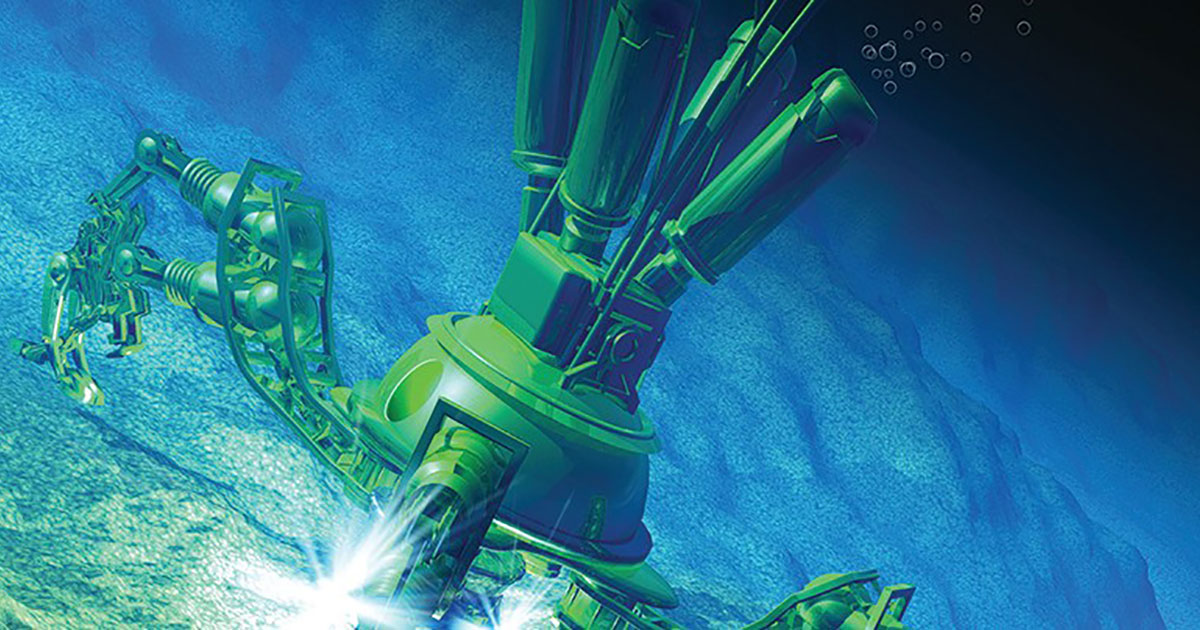 In 2019, the world’s first commercial deep-sea mine is due to open. But are regulations in place to protect the sea floor?

Every time you pick up your smartphone, you hold in your hand a veritable periodic table of elements. Among the metals under the casing there’s cobalt, nickel and indium, plus traces of 16 of the 17 so-called rare earth metals. They’re all dug up in mines dotted across the globe, from the Democratic Republic of Congo to the Philippines, Chile and China. One day, perhaps in the not too distant future, smartphones could contain metals that come not from land but from the deep sea.

Mining the deep isn’t a new idea. For several decades, mining corporations have eyed up the mineral riches that lie in Davy Jones’s Locker. But it’s always been too expensive to operate machinery kilometres beneath the waves and metal prices too unsteady to make it worthwhile. Now, though, the first deep-sea mines are closer than ever to opening.

In 2018, a test of deep-sea mining methods was carried out in the waters off Japan. In 2019, the world’s first commercial deep-sea mine is due to open off Papua New Guinea. And there’s growing interest in mining vast swathes of open ocean, known as the high seas, that lie far from shore and no countries own. Currently, mining corporations are prospecting 1.3 million square kilometres of the high seas, roughly the area of Alaska. Before any mines can open, however, a new rule book needs to be written, laying down international regulations on how mining will operate. The rules that book will contain are currently being negotiated with the aim of releasing a final list by 2020. When that happens, the first seabed mines in the high seas could begin operating.

The main targets for deep-sea mining are potato-sized rocks, known as nodules, that lie scattered across flat abyssal plains. Miners are also prospecting underwater mountains, called seamounts, and the tall chimneys of hydrothermal vents. The extraction system will involve gargantuan machinery bristling with enormous drill bits and operating remotely, thousands of metres down, to scrape off the metal-rich crusts of seamounts and crush vent chimneys. Machines with giant caterpillar tracks will crawl across the seabed scooping up nodules. Then, rocky slurry will be pumped up to ships on the surface for processing.

Driving this new rush for the deep is the tech industry’s rising demand for metals, plus fears that traditional sources from land-based mines could be running low. Some experts also claim that tackling climate change and phasing out fossil fuels will be impossible unless the deep sea is mined for metals to make solar panels, wind turbines and electric car batteries – a single car battery currently needs 9kg of cobalt. As a consequence, corporations are keen to secure new supplies of metals.

“It’s a few people sensing an opportunity that, if they’re the first movers, they can really get ahead of the game,” says Kristina Gjerde, Senior High Seas Advisor to the International Union for the Conservation of Nature and co-lead for the Deep Ocean Stewardship Initiative.

There’s more at stake than just the metals lodged inside these deep-sea deposits, though. Nodules, seamounts and hydrothermal vents are home to extraordinary lifeforms unlike anything we see on land, and only a fraction have so far been discovered and studied.

“Most people view the ocean in this two-dimensional way,” says Dr Diva Amon, a deep-sea biologist at the Natural History Museum in London. “It’s just a blue expanse.” And yet, covering 60 per cent of the Earth’s surface and four kilometres deep on average, the deep sea forms the biggest living space on the planet. Amon describes a recently discovered Pacific seamount covered in corals and sponges, which live for thousands of years. “It looks like something out of a Dr Seuss book,” she says.

As well as the biological wonders it’s home to, the deep sea regulates the climate, absorbs roughly a third of humanity’s carbon emissions, supports fisheries that feed millions of people and could hold secrets to new pharmaceuticals. “Our deep sea is essentially responsible for keeping us alive,” says Amon.

What’s mine is yours

Complicating matters is the fact that the deep sea legally belongs to nobody and everybody at the same time. The United Nations Law of the Sea Treaty declares the seabed beyond national boundaries as the ‘Common heritage of humankind’. It can only be used for peaceful purposes and part of any profits must be shared, especially among poorer nations. Similar treaties apply to Antarctica, the Moon and space.

The International Seabed Authority (ISA), a small organisation based in Kingston, Jamaica, is charged with looking after the seabed on behalf of humanity. It’s up to the ISA to decide how to share out any wealth generated in the deep, something that needs to be worked out before any mines open. The ISA is also legally bound to ensure that mining causes no major ecological damage. The impacts of mining on deep-sea life, and the vital services it provides, are not yet fully understood although chances are they could be severe and, in some cases, irreversible. Nodules and seamount crusts take millions of years to form and mining machinery will kick up muddy plumes that could drift tens and hundreds of kilometres, smothering delicate creatures on the seabed and in open water.

“We need that fundamental science to be able to make informed decisions about whether we should or should not go ahead with deep-sea mining,” says Amon. Plans are being drawn up to protect delicate deep-sea ecosystems including areas that will be off limits to mining, but the science isn’t clear on whether these measures will work.

Amon and many others think that the rush to open mines should slow down while more science is gathered. In 2018, the European Parliament called for a global moratorium on deep-sea mining until the risks are fully weighed up. “We can’t manage what we don’t understand and we can’t protect what we don’t know,” says Amon.

It’s also unclear just how important the deep-sea mines will be in supplying the world with metals. “I think we do need to ask critical questions,” says Gjerde. “Is this the time to go into the vast unknown in order to get some relatively short-lived metals that we think we need for the green revolution?”

Eventually, we could all end up facing a choice in the gadgets and cars we buy. Perhaps, in the years to come, a circular economy will develop in which metals won’t be used just once then thrown away, but recycled and reused many times. Or maybe we’ll see labels on products showing the origins of metals used inside them – perhaps brown labels for metals from mines on land and blue labels for metals brought up many kilometres from the bottom of the sea. 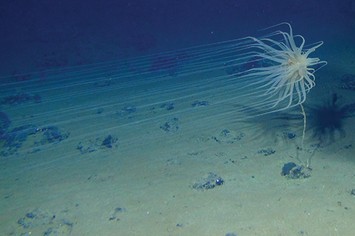 Polymetallic nodules protrude from the muddy bed of the Clarion-Clipperton Zone. Both the mud and the nodules serve as habitats for the rare forms of sealife that dwell there © Getty Images

At the bottom of the Pacific Ocean between California and Hawaii, stretches the Clarion-Clipperton Fracture Zone (CCZ), a 6 million square kilometre muddy plain that’s covered in trillions of polymetallic nodules. It’s a major focus for deep-sea mining prospecting. Dr Diva Amon was part of a team that catalogued a wealth of sealife in parts of the CCZ where scientists had never been before. “Just over half of all the animals that we brought up were completely new to science,” she says. Amon and her colleagues revealed this to be one of the most diverse places in the deep sea.

As well as the seabed, the nodules themselves also form an important habitat. They’re the only hard surface available for corals and sponges to grow on and scientists have spied deep-sea octopuses laying eggs on the stalks of nodule-growing sponges. Recently, another research team found thousands of grooves in the muddy seabed 4,000m below the surface that could be being dug by deep-diving whales. If whales are hunting for food in the floor of the CCZ, it adds another challenge to making sure mining doesn’t impact the ecosystem.

Location: Abyssal plains
Main deposits: Clarion-Clipperton Fracture Zone and the Peru Basin in the Pacific
Depth: 4,000-5,500m
Metals: Manganese, nickel, cobalt, copper, plus traces of molybdenum, lithium and rare earth metals (REMs)
Key feature: 5-10cm spherical rocks that grow as metals settle out of the water at a rate of 1 to a few mm per million years
What lives there: Octopuses,corals, sponges, brittle stars,sea cucumbers and maybe foraging whales.