The Permanent Representative of Germany presents credentials to ISA Secretary-General 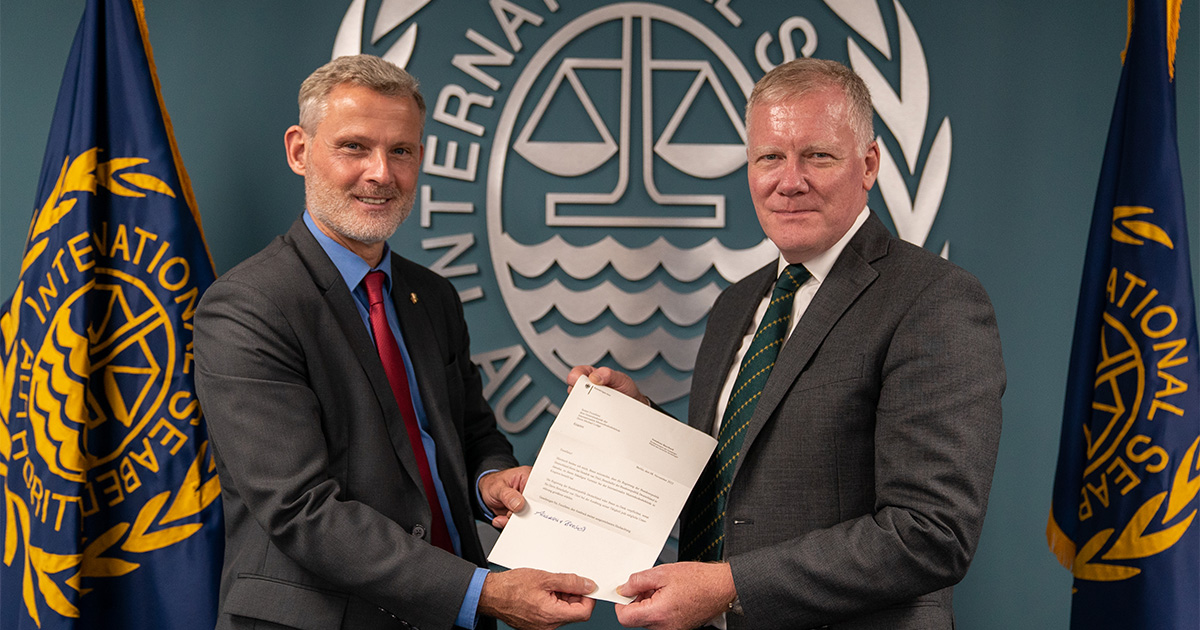 Ambassador Jan Hendrik van Thiel presented his credentials to the Secretary-General of the International Seabed Authority (ISA), H.E. Mr. Michael W. Lodge, as the Permanent Representative of the Federal Republic of Germany to ISA during a special ceremony held on 20 January 2023 in Kingston, Jamaica.

Ambassador van Thiel is the Permanent Representative of Germany to Jamaica. A career diplomat, Mr. van Thiel joined the German Diplomatic Service in 1996. He holds a law degree and a Diploma from the Institut d’Études Politiques in Paris, France.

“Germany is a fervent supporter of the respect of international law and effective multilateralism. Within this context, ISA has a leading role not only in organizing, regulating and controlling all mineral-related activities in the Area on behalf and for the benefit of all humankind but also in ensuring effective protection of the marine environment as well as of human life,” Ambassador van Thiel said during the ceremony.

Secretary-General Lodge welcomed Ambassador van Thiel as the new Permanent Representative of Germany to ISA. “Germany has supported the mandate and work of ISA since its establishment and contributed significantly to the advancement of scientific knowledge through the surveys and collection of data carried via the contracts for exploration of polymetallic nodules in the Clarion-Clipperton Zone signed in 2006 and extended to 2026, as well as the contract for exploration of polymetallic sulphides in the Central Indian Ridge and South-East Indian Ridge signed in 2015,” Mr. Lodge said.

“I look forward to continuing working closely with Germany to advance the legal regime for the Area in compliance with UNCLOS and the 1994 Agreement and ensure that ISA will contribute to the sustainable development of seabed mineral resources for the benefit of all humanity,” he added.