The Price of Subsea Mining 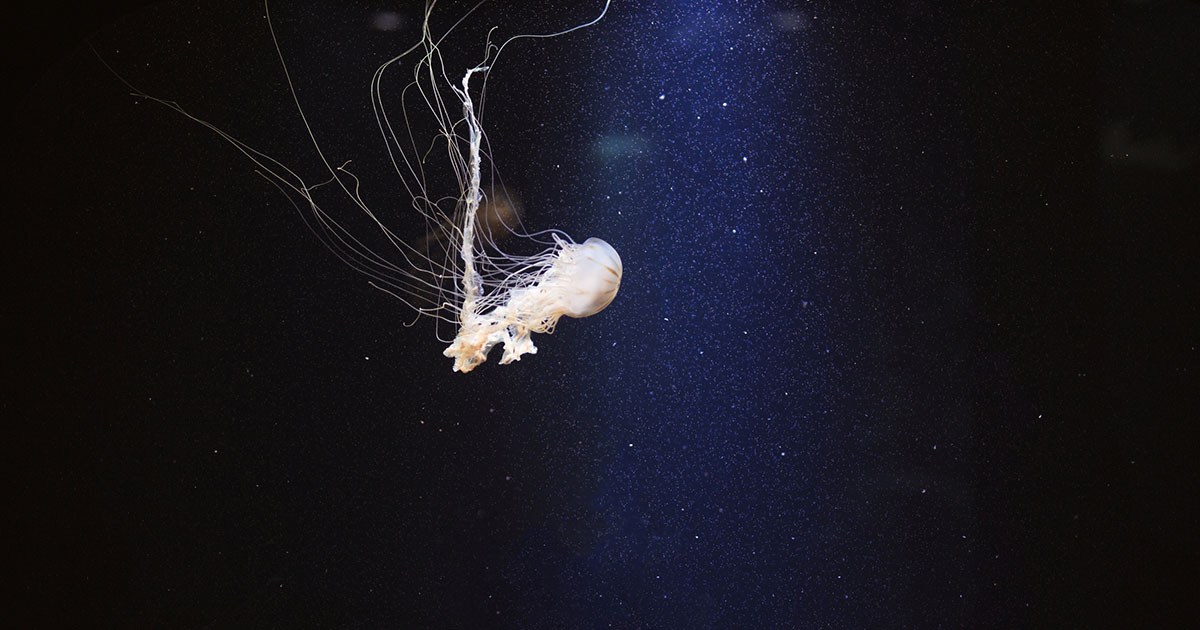 As resources dwindle, mining companies are increasingly looking to the ocean to provide the metals and minerals we need. But environmental concerns hang heavy over the deep-sea mining industries. Before we venture into places untouched by humankind, the ABYSSLINE project sought to discover what animals wait in the path of destruction and, more importantly, what fate has in store for those communities when mining begins.

Polymetallic nodules, sometimes known as manganese nodules, are found in vast deep-sea basins at depths of 3,500 to 6,500 meters across the world’s oceans. The most profitable fields, however, are found in the Pacific and Indian Oceans. Within the Pacific, an area around the size of Europe called the Clarion-Clipperton Zone (CCZ), extends from the west coast of Mexico to Hawaii. This region has the world’s largest and most valuable beds, hosting around 21 billion metric tons of nodules, that form at a sluggish rate of a few millimeters every million years.

As the CCZ is in international waters, it falls under the mandate of the International Seabed Authority (ISA). So far, there have been 16 mining exploration areas allocated, each roughly the size of Panama (up to 75,000 km2). Nodules can be harvested relatively easily from the seafloor with underwater vehicles similar to potato harvesters. The mining process will harvest huge quantities of metal that will benefit mankind, but at what environmental cost?

“Let’s be honest; nodule mining is going to do some damage. Removing nodules will result in local extinctions of the many animals – corals, sponges, bryozoans, polychaetes, nematodes and more – that call these nodules home. There will be no possibility for their reestablishment in the future. Machines, like combine harvesters, will disturb and compact large swathes of sediment, kicking up sediment plumes, which will travel for kilometers before depositing elsewhere. Further entombment of the seafloor will occur when they discharge tailings into the water column. Not to mention other possible impacts that include light and noise pollution from machinery, and major changes to the geochemistry of the sediment, food webs and carbon sequestration pathways. The cumulative impacts of these operations aren’t yet understood but will likely be longstanding and ocean-wide,” said Dr. Diva Amon, a deep-sea biologist and expert in deep-sea mining who took part in the ABYSSLINE project.

Despite this looming threat, the CCZ is critically underexplored and little is known of the animals that live in this relatively remote and undisturbed region of the deep ocean.

It is mandatory that contractors undertake baseline studies of the biology living at the seafloor before mining can begin, and the ABYSSLINE Project has been doing just that. Amon is part of a team of international researchers that recently undertook benthic biological baseline studies within the exploration contract area leased to U.K. Seabed Resources Ltd (UKSRL) in the CCZ, where deep-sea mining of polymetallic nodules will take place shortly.

Their goals were to evaluate baseline conditions of community structure and biodiversity of all living creatures in the region. They also gathered information to begin to establish how community structure, biodiversity and benthic carbon cycling vary across the UKSRL contract area especially with regards to environmental parameters such as nodule abundance.

Amon explained, “My component of this project was to study the megafauna – the awesome charismatic animals over 2 centimeters in size – in collaboration with Professor Craig Smith at the University of Hawaii. We wanted to answer fundamental questions such as: What species live in this area? Do they show variation in where they live? If so, why? How does their distribution relate to that of the nodules that will be mined? Do animals seen in the UKSRL contract area occur across the region? Studying the megafauna is important because they play significant roles in deep-sea ecosystem function - such as eating organic particulate matter and mixing sediments. They are also the most conspicuous animals in the area and are particularly vulnerable to deep-sea mining.”

“By using all of this technology, we were able to make the first estimates of abundance and diversity,” Amon said. “So far, results show that the UKSRL contract area is rich, not only in metals but also in life. At first glance, the seabed seemed almost void of life. Taking a closer look, we realized that there were small animals everywhere: tiny white corals, pink and purple sea cucumbers, bright red shrimp and strange unicellular animals that create sediment homes the size of your fist. During our two expeditions, we sampled an area smaller than Hong Kong and found around 213 species of megafauna!”

The animals discovered by the team include everything from deposit-feeding echinoderms (such as sea stars) that cycles nutrients and mixes the sediment, to deep-sea corals and worms that filter feed particles out of the water.

“We also saw large scavenging fish, shrimp and crabs. There were purple sea cucumbers with sails, bright pink sea stars, dumbo octopuses, a Relicanthus cnidarian [resembling a sea anemone] with 8-foot tentacles, eel-like fish and giant amphipods. It was really amazing how much life was down there. And even more amazingly, this is only the megafauna and doesn’t include the hundreds to thousands of smaller animals living in this area.”

These levels of biodiversity are currently the highest in the CCZ and many other abyssal regions worldwide. Researchers also collected 12 megafauna species during the first expedition, over half of which were new to science, echoing how little is known of the abyssal life in this region. But among the excitement of discovery are also huge concerns: approximately half of the megafauna species found so far live only on polymetallic nodules – the resource targeted for removal by mining industries.

Amon and the team are also publishing photo atlases of all the megafauna species seen in hope it will be useful to other scientists and stakeholders researching the CCZ in the future.

Amon commented, “Working in the deep ocean is always difficult, but out in the Clarion-Clipperton Zone was even less easy. It is extremely remote – it took us close to a week to get there from San Diego, Calif. That meant we stayed out for 5-7 weeks at a time, which is a long time to be on a small research vessel with limited internet and no escape! The sea was quite rough at times – we had to outrun several hurricanes. And some critical pieces of equipment didn’t work as well as we were expecting, but we repaired them to the best of our abilities and carried on. Overall both cruises went pretty smoothly, and we accomplished our main objectives despite a few hiccups.”

Amon hopes that the mining industry, the ISA and other stakeholders will be able to use the data from the ABYSSLINE project, as well as the other projects working in the area, to mitigate the environmental impacts of deep-sea mining. Comprehensive baseline surveys are crucial for effective spatial management, including the designation of protected areas. It’s also critical to ensure that Environmental Impact Assessments, which will occur before, during and after mining provide real results.

Amon said, “Deep-sea mining in international waters is a nascent industry. There should be applause given to the process thus far, especially concerning the adoption of an environmental management plan for the CCZ by the ISA as well as the stipulation that before exploitation, benthic biological baseline studies must be undertaken for each contract area. But there are still many outstanding issues and unknowns. These include that the Areas of Particular Environmental Interest (APEIs), currently off-limits to mining, are unsurveyed and unknown when these APEIs should harbor similar species and environments to allow recolonization and preservation. The APEIs also need to be far away enough to be unimpacted by mining, but currently, there is not enough known about plumes, noise pollution, etc. from deep-sea mining to confirm that.”

Further unknowns with the environmental plan include whether it will be enforced, and if so, whether the standard to which surveys will be undertaken will be high enough. These discussions are ongoing, but one thing that can be said for certain is that deep-sea mining will result in a great loss of biodiversity, will be on a large-scale and will have long-lasting effects on our oceans.

“It was incredibly eye opening to realize how little we know about the largest ecosystem on our planet and exciting to be amongst the first people to ever see certain areas of the Pacific seafloor and many new species. The majority of our world’s deep ocean has never been explored by humans because it’s difficult to do so. It is expensive, inhospitable to humans and is usually in a remote part of the planet. This area of the CCZ is no different. In fact, it is only because of the resources in this area that it is currently being explored and studied. But the most overwhelming emotion for me was sadness, knowing that these areas and animals are already vulnerable, places we barely know anything about and do not yet understand. It’s difficult for a deep-sea biologist working in a region that may be forever changed within the next decade.”

The ABYSSLINE teams continue to publish results that will help us understand and manage our oceans before deep-sea mining irreparably alters it. From next March, Amon will continue research into megafaunal communities that may be impacted by deep-sea mining at the Natural History Museum, London, thanks to a Marie Sklodowska-Curie fellowship.