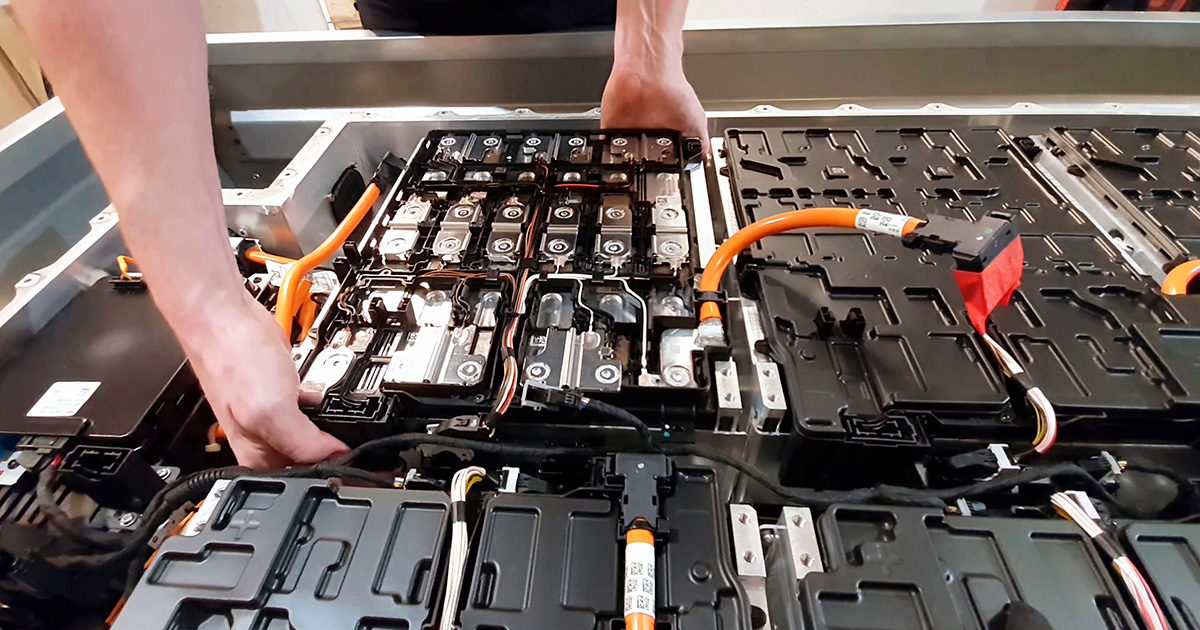 The International Union, United Automobile, Aerospace and Agricultural Implement Workers of America (UAW) and The Metals Company (TMC) announced that they have entered into a labor neutrality agreement to bolster the critical mineral supply chain and to lay the groundwork for sustainable production of electric car batteries while creating a path to more good union jobs in the United States.

TMC will process and eventually recycle key battery metals responsibly collected from polymetallic nodules that lay unattached on the seafloor in the Eastern Pacific off the coast of North America. Battery metals, many of which are included on the US critical mineral list, are an essential ingredient to decarbonization and without secure supply and processing capabilities, the American automotive industry and American jobs underpinning the clean energy transition remain vulnerable.

UAW President Ray Curry stated, “UAW members helped create America’s middle class by bargaining agreements that lifted not only their standard of living, but those in entire sectors of our economy.” He adds, “we have insisted that the transition to electric vehicles must not come at the expense of autoworkers, their families, and communities. We commend TMC for showing companies that the way forward should include respect for the rights of their future workforce to join together and collectively bargain for good wages, benefits, and working conditions.”

UAW believes that the transition to EVs demands the creation of a strong US supply chain not only for batteries but also the critical metals which power those batteries.

TMC Chairman and CEO Gerard Barron commented: “We are pleased to be working hand in hand with such a forward-thinking organization as the UAW to enable large-scale domestic metal processing and refining facilities in the United States. The UAW has nearly a century of collective bargaining experience in the automotive industry and has earned a reputation for protecting workers, protecting the environment, and fighting for justice. From making the very first contribution to set up Earth Day to its active position in the Civil Rights Movement, the UAW has an impressive record of leadership on social and environmental issues.”

Nasdaq-listed TMC is the only nodule exploration contract holder to have defined its metal resources per US SEC standards, identifying enough nickel, cobalt, copper, and manganese in situ in two of the Company’s three exploration areas to electrify 280 million electric vehicles, equivalent to the entire US passenger fleet. Mining.com has ranked TMC’s NORI and TOML contract areas as the #1 and #2 largest undeveloped nickel projects in the world, representing the largest potential alternative to the supply of nickel which is currently dominated by Russian- and Chinese-funded operations. Further, peer-reviewed studies suggest that the responsible collection of polymetallic nodules, which unlike other mineral extraction endeavors, requires no blasting, no drilling, no digging and no forced or child labor, can significantly compress the planetary impacts of metal production including a significant reduction in carbon impacts, solid waste, and the elimination of toxic tailings. The Company is aiming to locate a large-scale processing facility producing battery materials — nickel and cobalt sulfate and copper cathode — in the United States to support a localized battery supply chain.

For years UAW has highlighted the supply chain vulnerabilities for battery metals and semiconductors which severely affect the US auto industry. As metal refining, EV battery material and cell production, and recycling centers that will power the domestic electric automotive industry expand, the UAW maintains the work must be done by workers’ who collectively bargain.

UAW will help ensure that the highly skilled labor necessary to support this sustainable vision has an opportunity to express their voice in the workplace. TMC in turn acknowledges that future processing employees will have the freedom to choose union representation, and it embraces expeditious procedures to determine majority status.