The “total failure” of PNG’s controversial deep sea mining project Solwara 1 has spurred calls for a Pacific-wide moratorium on seabed mining for a decade.

The company behind Solwara 1, Nautilus, has gone into administration, with major creditors seeking a restructure to recoup hundreds of millions sunk into the controversial project.

The Solwara 1 project (Solwara is pidgin for ‘salt water’) planned to mine mineral-rich hydrothermal vents, formed by plumes of hot, acidic, mineral-rich water on the floor of the Bismarck Sea. But the project has met with fierce community resistance, legal challenges, and continued funding difficulties.

The PNG government sunk more than 375m Kina (AUD$157m) into the project, money it is attempting, but appears unlikely, to recoup. The project has been “a total failure” prime minister James Marape said.

Deepsea mining has proven contentious wherever it has been proposed and trialled across the world.

Proponents argue deep-sea mining could yield far superior ore to land mining – in silver, gold, copper, manganese, cobalt and zinc – with little, if any, waste product. The industry is potentially worth billions of dollars and could assist the transition to a renewable energy economy, supplying raw materials for key technologies such as batteries, computers and phones. Different mining methods exist, but most involve using converted terrestrial mining machinery to excavate materials from polymetallic nodules or hydrothermal vents on the sea floor, at depths of up to 6000 metres, then drawing a seawater slurry to ships on the surface. The slurry is then “de-watered” and transferred to another vessel for shipping. Extracted seawater is pumped back down and discharged close to the sea floor. 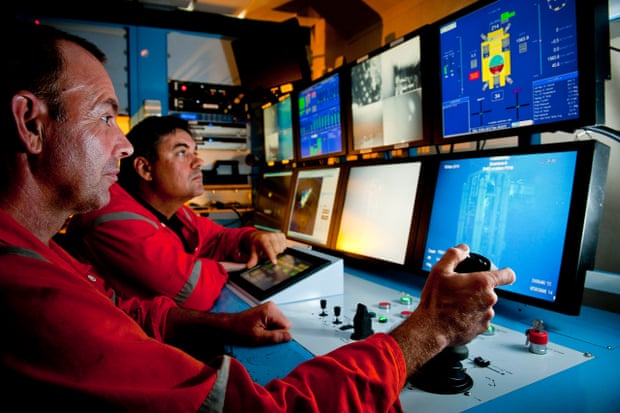 Environmental and legal groups have urged extreme caution, arguing there are potentially massive – and unknown – ramifications for the environment and for nearby communities, and that the global regulatory framework is not yet drafted, and currently deficient. Scientists argue deep sea biodiversity and ecosystems remain understudied and poorly understood, making it impossible to properly assess the potential impacts of mining - including disturbance of seafloor ecosystems; sediment displacement; and noise, vibration, and light pollution - and to establish adequate safeguards. Deepsea mining could worsen the global climate emergency, reducing the ocean’s ability to store carbon by disrupting seafloor sediments.

The Pacific has been seen as a region of immense deepsea mining potential, but some government leaders are now counselling against the rush to embrace seabed mining.

“I ask you all to… support a 10-year moratorium on seabed mining from 2020 to 2030 which would allow for a decade of proper scientific research of our economic zone and territorial waters,” Fiji president Frank Bainimarama told a climate ‘sautalaga’ – an open discussion – at the Pacific Islands Forum last month.

Charlot Salwai, Prime Minister of Vanuatu, supported Fiji’s call for a 10-year moratorium. Civil society organisations have consistently called for a moratorium on seabed mining “to prioritise the health of our communities and recognise values beyond economic gain”.

PNG had previously been one of deepsea mining’s firmest backers, but new prime minister James Marape has said he is wary of the technology, saying PNG had been “burned” by industry promises.

“Until that deep sea mining technology is environmentally sound and takes care of our environment at the same time we mine it, that, at this point in time, I support the call made by the Fijian prime minister,” he told the Post Courier.

“If there is an opportunity for deep-sea mining, so long as environmentally it is friendly and the harvest of resources is done in a sustainable manner then we can give considerations to this, but right now it is a show.

“The technology is not proven anywhere and PNG, we burnt almost 300 million Kina in that Nautilus [Solwara 1] project on a concept that someone told us can work, but is… a total failure.”

Jonathan Mesalum from the Alliance of Solwara Warriors, a community group which opposed the Solwara project, said a 10-year moratorium would be welcomed, “but we need to go further to protect our seas, our livelihoods and traditions by imposing a ban”.

He said while Nautilus’s project had collapsed, other companies might take control of the project’s licences and attempt to resurrect it.

“No one knows about the environmental impact: not scientists, not Nautilus, not the government, nor you or I,” Mesalum told The Guardian. “Our biggest fear is there might be interest from other mining companies who wish to continue the project.” 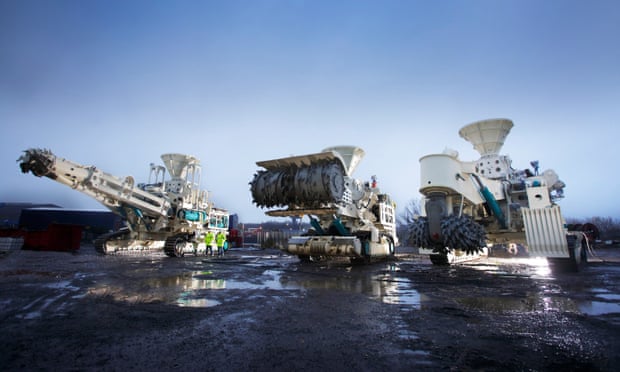 Nautilus developed and successfully tested three undersea robots designed to mine hydrothermal vents on the ocean floor, but funding for its production support vessel dried up midway through construction. Under a restructuring plan approved by a Canadian court, the company will be liquidated and left with no assets. But a PNG government-owned company Eda Kopa is seeking to recoup some of its money, in an ongoing dispute back before court this week.

A new report, Why the Rush?, from the Deep Sea Mining campaign described the Pacific as the “new wild west” for speculative mining ventures, and argued Pacific regional decision-making and political processes have been manipulated by mining companies seeking to take advantage of inchoate and incomplete regulatory frameworks in the region.

Sir Arnold Amet, former chief justice of PNG, was Governor of Madang province and an MP when Solwara 1 was approved. He said he regrets that the then government didn’t adequately scrutinise the proposal.

“Let’s recognise this failed investment in the upcoming budget and ensure we don’t enter into seabed mining joint ventures in the future or issue any more seabed exploration or mining licences. We now know how deep sea mining companies attempt to manipulate governments according to their own narrow profit motives without any conscience. We look to PM Marape to stand up for Papua New Guineans against the pressure exerted by these corporations.”

The Environmental Defenders Office NSW said deep seabed mining was similar to open cut mining at depths of between hundreds and thousands of metres below the sea’s surface.

“A 10-year moratorium on deepsea mining is an appropriate application of the precautionary principle in circumstances where the consequences and need for this type of mineral exploitation are not well understood,” the EDO’s BJ Kim told The Guardian.

“But it’s not only the risks that are not well understood, it’s also clear that appropriate legal frameworks for mining of this kind are not in place, either in the Pacific or elsewhere. This type of commercial experiment in the ocean should not progress without effective regulatory measures for risk mitigation, monitoring and enforcement of conditions.”

Communities bordering the Solwara 1 project have been concerned about a broad range of environmental impacts, Kim said, including minerals leaching into seawater affecting fisheries and livelihoods, the extinguishment of unique sea species, and the risk of accidents and spillages.

“Communities are still living with the impacts of land-based mining disasters such as Ok Tedi and Panguna. Just this year in the Pacific, we’ve seen oil and ore spills in Solomon Islands and the spillage of an estimated 200,000 litres of toxic red slurry from the Ramu Nickel mine in Madang, PNG.”

Besides PNG, the tiny island nation of Nauru has been deep sea mining’s strongest supporter.

Start-up DeepGreen is seeking to extract cobalt and other metals from a 75,000 sq km zone in the Clarion-Clipperton Zone in the Pacific, over which exclusive control has been granted to Nauru. DeepGreen has secured $150m in funding, the bulk from Swiss-based Allseas, to begin feasibility studies.

Nauru is a country already scarred by mining. More than 80% of the tiny island’s landmass has been rendered uninhabitable by phosphate mining during the 20thC, most by colonial powers the UK and Australia.