China’s Deep-Sea Mining, a View from the Top 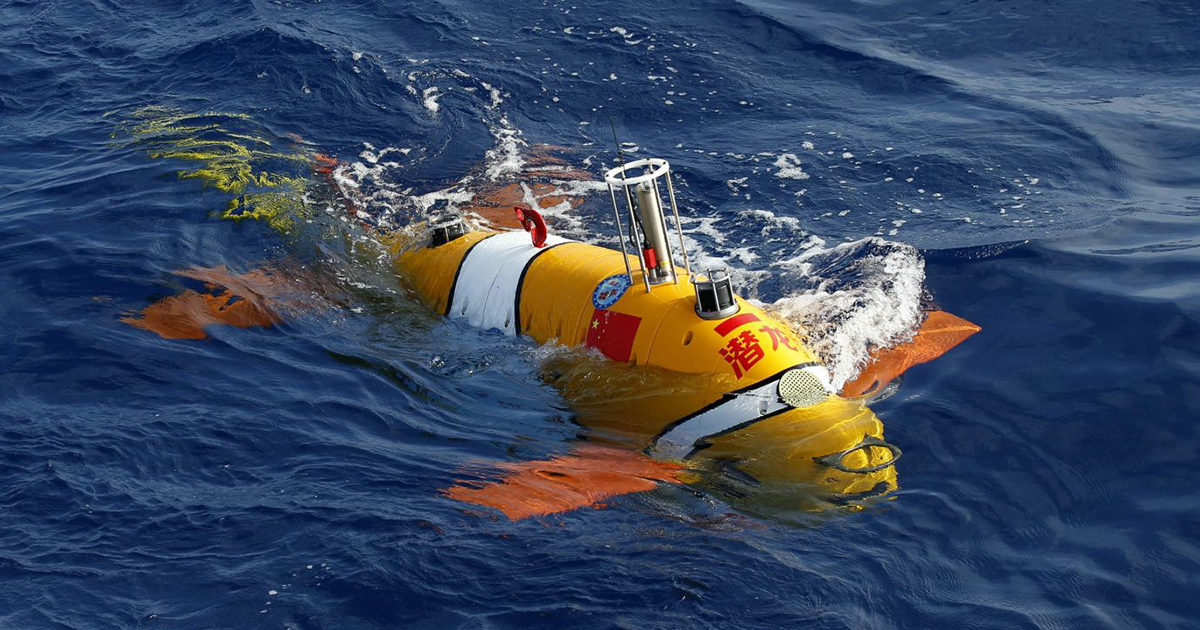 Opening an app on his mobile phone, Liu Feng, secretary general of COMRA, showed a real-time map indicating the tracks and positions of all China-owned vessels conducting seabed mining exploration assignments. At that moment, two vessels were shown in the Pacific Ocean.

“They are Haiyang No. 6 and Xiangyanghong No. 10,” Liu told me in his office in Beijing. “Another vessel, Dayang No.1, will leave Qingdao for the eastern Pacific on August 28 to conduct the 56th voyage under COMRA’s seabed resource exploration assignment.”

To enhance the development of high technology for deep-seabed mining and help apply for permission to explore the deep seabed to the International Seabed Authority (ISA), the state enterprise COMRA was established in 1990. It authorises prospecting and mining on the seabed in international waters, which is known as “the Area”. The following year, COMRA, along with six other pioneer investors which included the governments of India and South Korea and the Deep Ocean Resources Development Co. Ltd from Japan, was registered to start preparatory research on seabed mining in the Area at the Preparatory Commission of the ISA and the International Tribunal for the Law of the Sea (ITLOS).

In 2001, COMRA signed its first exploration contract with the ISA for polymetallic nodules and gained the exclusive right for exploration and preferential right for exploitation in the contract area in the Clarion-Clipperton Fracture Zone in the northeast Pacific, a deep ocean area as big as the continental US. Then in 2011 and 2014 COMRA signed two more exploration contracts for polymetallic sulphides and cobalt-rich ferromanganese crusts with the ISA.

Apart from being the key Chinese contractor to the ISA on seabed mining exploration, COMRA also acts as a body to provide a national institutional platform to coordinate both scientific activities and international affairs.

I interviewed Liu Feng in mid-August on issues relating to China’s technological breakthroughs on deep-sea exploration over the past two decades and its plans for future exploration. 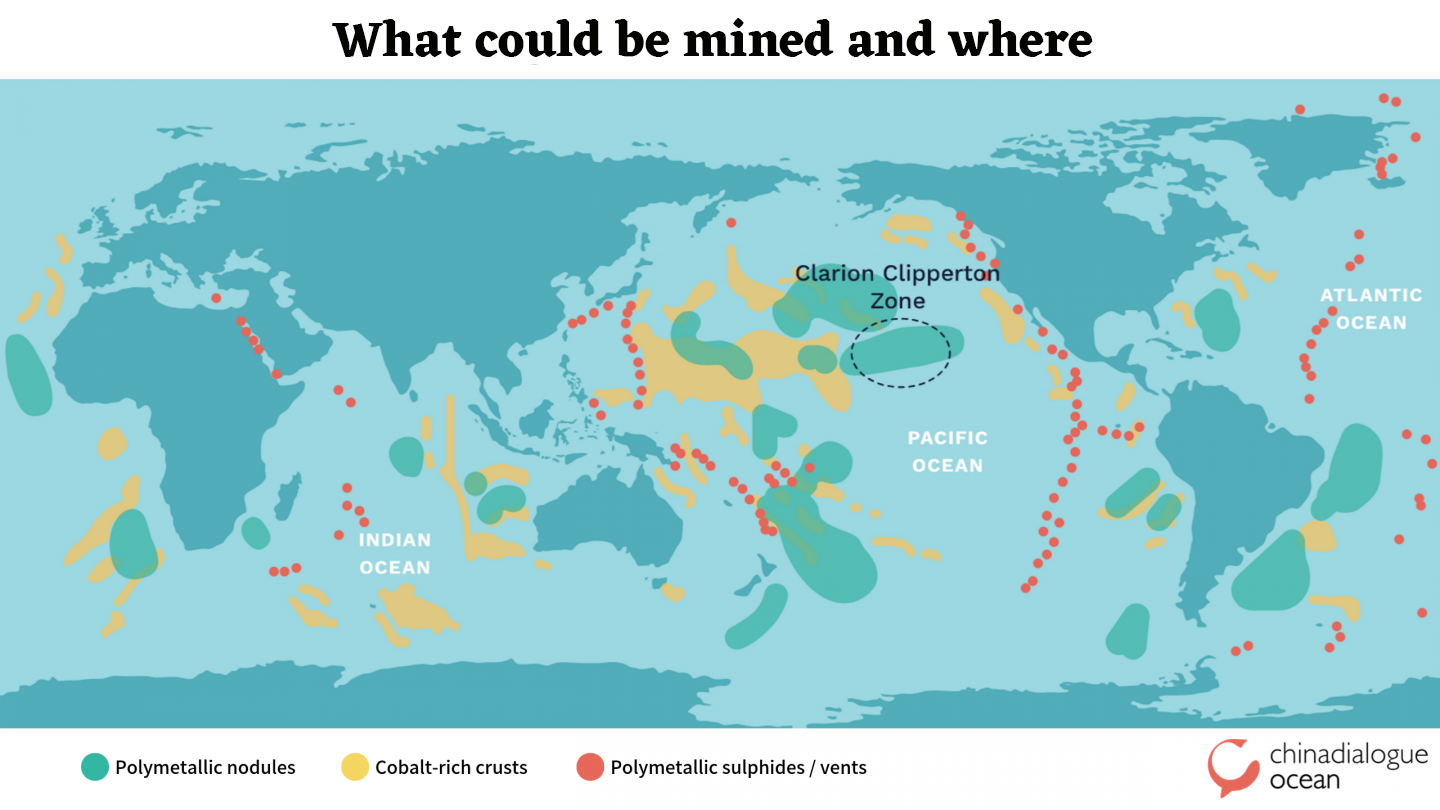 NewsChina: Can you give us a brief outline of China’s progress in seabed mining?

Liu Feng: China started negotiations on joining the negotiation on the United Nations Convention on the Law of the Sea (UNCLOS) in the early 1970s, but since China was also experiencing the Cultural Revolution (1966-76) at that time, it had not much intention nor the ability to carry out any deep-seabed exploration activities.

The first stage could be defined from the 1980s to 1991, before COMRA was set up, when four institutions including the State Oceanic Administration were responsible for seabed exploration, mining and metal-refining preparations.

The second stage ran from 1991 until 2000. The establishment of COMRA was the foundation for China to apply for contracts and start research and development in seabed-mining technology. Since the late 1980s, China started working on exploration contract applications, and it was registered as one of the seven pioneer investors in 1991, which indicated that COMRA was required to offer half of its surveyed area of 300,000km2, or 150,000km2, of valuable seabed mining resource area to the ISA as a reserved area [for ISA enterprises or other developing countries]. In the following decade, we assigned scientific vessels to conduct comprehensive surveys including on meteorology, hydrology, physical sampling, environmental conditions and geology in our contract area. Following instructions from UNCLOS, we signed the first formal exploration contract with the ISA in 2001. Over that 10-year period, we had also launched test mining activities simulating seabed mining situations in some inland lakes. In addition, we had also started “leaching tests” for polymetallic nodule samples we collected through exploration voyages in our contract areas. By 2001, we were able to process one ton of nodules per day and successfully attain metallic elements, including copper cobalt, nickel and manganese. We also did comparative studies through attempting different ways for smelting to discover the most cost-effective way to recover metals for potential future industrial purposes. It was a decade for the initial development of technology in deep-sea transportation, resource investigation, exploitation and processing.

The third stage has lasted from 2001 until now, when China started to invest intensively in deep-sea investigation and in exploration technology. In the meantime, China gained another four additional contracts from the ISA for all three seabed mining resources across the Pacific and Indian oceans [polymetallic nodules found on abyssal plains, polymetallic sulphides at hydrothermal vents, and ferromanganese crusts on seamounts and ridges]. During the past two decades, China’s deep-sea exploration technology gained momentum. COMRA has developed deep-sea survey equipment to deliver more efficient scientific surveys of the ocean floor, represented by the manned submersible Jiaolong, which dived to 7,000 metres in the Mariana Trench in 2012, the unmanned Qianlong and the unmanned remote-controlled Hailong, both of which can descend to 6,000 metres below the ocean surface. On exploitation, we carried out a successful nodule collecting test 500 metres under the surface this May in the South China Sea. We have also attained state-of-the-art resource-processing capability.

LF: In my view, China’s deep-sea research is getting closer to the most advanced sphere in world deep-sea exploration. We have five contracts, the most of any country, and these cover the largest geographical area. From the technological perspective, we have developed almost all the state-of-the-art technology needed, from resource exploration to processing.

Now, there are advanced countries including Germany, Japan and Belgium which have successfully launched mining tests on the deep-sea floor at over 2,000 or even 6,000 metres deep, but we have only succeeded in an underwater exploitation test of merely 500 metres in depth.

Though China has attained significant breakthroughs in deep-sea exploration technology, due to our comparatively weak industrial foundation as a developing country, seabed resource exploitation which requires more complex systematic coordination remains a challenge.

Our next step is to increase the depth of our resource exploitation capability. For example, we are prepared to conduct underwater exploitation tests at depths of 1,000 metres next year.

A sample of cobalt-rich ferromanganese crust collected by the Haiyang No. 6 research vessel

NC: What contributions has China made to international research on seabed exploration?

LF: I want to highlight China’s self-motivated contributions, in particular on environmental preservation aspects for seabed mining exploration. Through the ISA platform, China has proposed quite a number of constructive suggestions, some of which have been adopted.

For example, we proposed the setting up of a regional environmental management plan (REMP) within an area of the western Pacific where China, Russia, Japan and South Korea have exploration claims for a cobalt crust exploration contract area [on underwater mountains known as seamounts]. Considering each individual contractor owns independent scientific data on marine ecological conditions in the same area, it is important to share the data and research results to decide future conservation plans for certain areas once commercial seabed mining starts. Endorsed by the ISA and supported by the other three countries, COMRA held a workshop in Qingdao [on China’s north-east coast] to start development of the REMP, which is regarded as an essential environmental tool to assess regional characteristics and environmental needs. In order to foster mutual trust, we’ve invited representatives from the other three countries to join our 56th scientific voyage which will set sail in late August toward the proposed REMP area.

In the Indian Ocean, we also proposed a U-Loop REMP among four regional contractors, China, India, Germany and South Korea. Cooperating with the ISA, we plan to hold a workshop on marine scientific research in the mid-ocean ridge area to promote the setting up of the REMP in that area.

We have also contributed our wisdom in conducting environmental baseline studies. For example, in 2000 we proposed to the ISA a “natural viability baseline study” in the contract area to monitor long-term human interference on the marine ecology. After more than a decade of monitoring and scientific analysis in our contract area, we found natural climate situations, such as the occurrence of El Niño or La Niña, may exert an even greater impact on the survival and living environment of marine life than human exploration impact and even the impact of pilot mining test.

Another achievement is the adoption of China’s Law on Exploration for and Exploitation of Resources in the Deep Seabed Area in 2016 to regulate Chinese enterprises or citizens in conducting activities relating to seabed exploration or exploitation. The seabed mineral samples collected by our previous scientific expeditions are now mostly preserved at the China Ocean Sample Repository in Qingdao, and they are available for academic study and research for all institutions or universities in China.

Overall, so far China has made significant contributions based on the common heritage of mankind principle in seabed exploration, including providing reserved areas for the ISA, providing training opportunities for 37 people from over 20 developing countries including small island states, and providing our wisdom in the setting up of REMPs and on the regulations relating to prospecting, exploration and future exploitation.

NC: What are the plans for next phase of research, exploration and international cooperation?

LF: Since our first scientific expedition, we’ve conducted 55 voyages. Now there are five or six voyages every year in the Pacific, Atlantic and Indian oceans, and the 56th trip is setting off soon.

During the recent ISA meeting [in Kingston, Jamaica], the proposal by the Chinese Ministry of Natural Resources to join with the ISA on establishing a training centre based in Qingdao to promote developing countries’ capacity building was approved by the ISA assembly. So starting next year, we will try to provide a minimum of 20 free training opportunities for developing countries.

For exploitation, we are planning to trial our mining system of 1,000 metres below the surface next year or so in the South China Sea to prepare for the setting up of an environmental impact evaluation system for seabed-mining activities. We aim to set up our own environmentally friendly seabed mining system, also providing a reference for the ISA’s decision-making on related issues. For exploration, our vessel the Jiaolong is scheduled for an over 250-day global voyage through the Pacific, Atlantic and Indian oceans for the purpose of encouraging international cooperation.

By Wang Yan, editor and journalist at NewsChina Magazine