60 Minutes Report: U.S. Sitting Out Race to Mine Ocean Floor 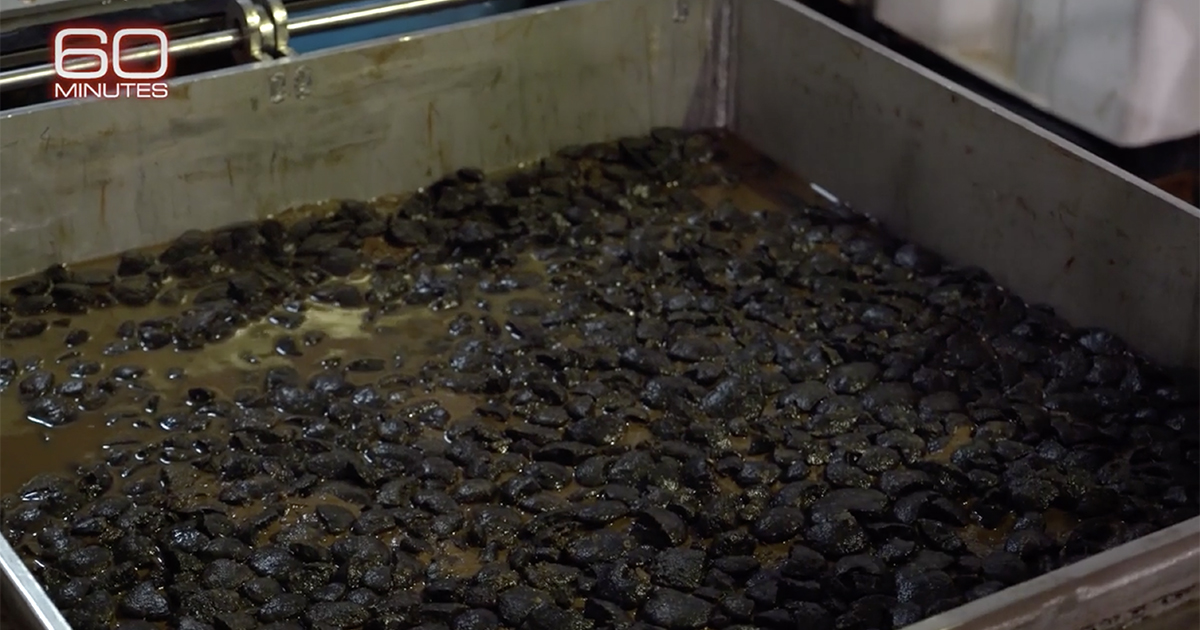 One of the most high-stakes races in history is underway, with colossal riches waiting for the winners. It's a race to a little known frontier: the bottom of the sea. Around the world, thousands of engineers and scientists are in fierce competition to build the first undersea robot that can mine the ocean floor. The explosion of interest in deep-sea mining is driven by the demands of our high-tech economy. The deep ocean is the El Dorado that contains metals like nickel, cobalt and rare earth elements, essential for use in cell phones, supercomputers and electric cars. They're also critical for a green future of solar and wind power. Dozens of nations, including Russia and China, are racing to get there first. But not the United States. As Bill Whitaker reports, America must sit on the sidelines of this great treasure hunt. Whitaker's report will be broadcast on the next edition of 60 Minutes, Sunday, November 17 at 7:30 p.m. ET and 7 p.m. PT on CBS.

The deep-sea metals are estimated to be worth as much as $16 trillion. They're found in lumps of black rock called nodules, and there are trillions of them strewn across a vast, muddy desert in the Clarion Clipperton Zone, in the middle of the Pacific between Hawaii and Mexico. It's sunken treasure because every nodule contains nickel, copper, cobalt, manganese and traces of rare earth elements. It's estimated there are more metals on the bottom of the ocean than anywhere on the planet.

60 Minutes joined Canadian company DeepGreen Metals on its latest research trip, mapping the seafloor, three miles down, and fishing for nodules. The company estimates there's enough nickel and cobalt in its stake to make batteries for 150 million electric cars.

Nineteen countries have exploration licenses in the CCZ, including China, Russia, Germany and France. Even Cuba and Tonga have stakes. But the U.S. is not permitted to participate because it didn't ratify the United Nation's Law of the Sea which rules these international waters. Without signing the treaty, the U.S. is outside the system that is dividing up the ocean floor for deep-sea mining.

Without a seat at the table, retired Rear Admiral Jonathan White worries the U.S. has no say in how deep-sea mining will be developed or what environmental protections will be put in place. He also fears this gives China an overwhelming head start in pursuit of deep-sea metals, at a time when it already commands a chokehold of metals like cobalt and rare earths on land.

It's a national security issue, White says. "A weapons system, the guidance of our weapons, X-ray machines, microwaves, they all rely on [rare earth] elements hard to come by," he tells Whitaker.

White thinks it's a mistake. "I think it means we… become more isolated especially in terms of a growing global economy," he says. "And…[be] more dependent on China."