The Race to Send Robots to Mine the Ocean Floor 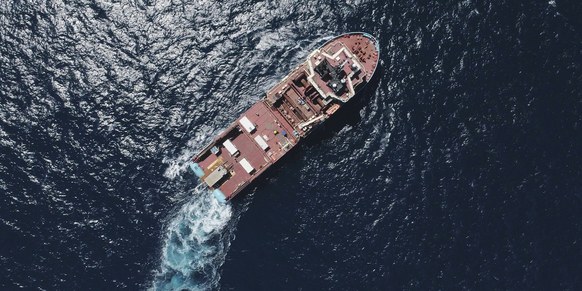 WHEN THE 300-FOOT Maersk Launcher docked in San Diego early Monday morning, it unloaded a cargo of hardened black blobs scooped from the bottom of the sea. The blobs are not rocks, but naturally-occurring metallic nodules that could one day yield metal deposits of cobalt, manganese, and nickel—not to mention scarce rare earth minerals.

As worldwide demand rises for electric vehicle batteries and wind turbines, along with next generation technologies and weapon systems, demand for these metals has taken off. And the seabed is a prime target for those mining operations. Of course, it's no small feat to bring these potato-sized nodules from the bottom of the remote Pacific Ocean, and then sail them to a processing plant where the metals can be extracted. 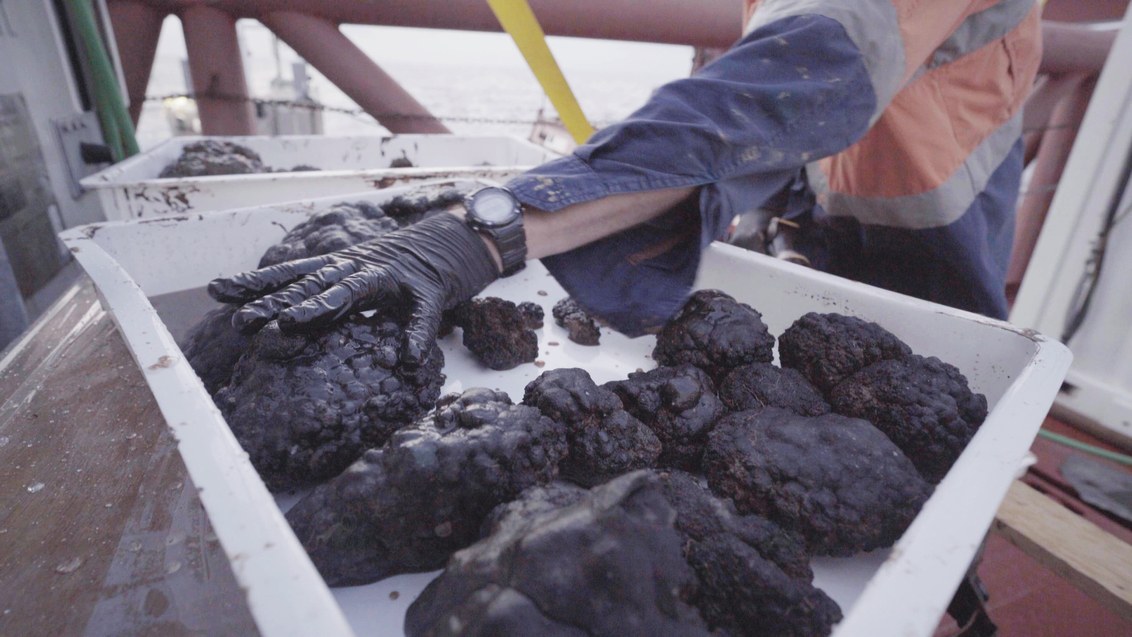 But leaders of Canada-based mining company DeepGreen Metals and its subsidiary NORI (Nauru Ocean Resources Inc.) think they have figured out how to harvest the nodules without wrecking the deep ocean habitat—and make a profit at the same time.

“Nature created this abundant resource filled with all the metals we need for our future,” says Deep Green CEO Gerard Barron, a former advertising technology entrepreneur from Australia who says he has plowed $8 million of his own money into the undersea mining enterprise. “It’s the new oil. Everything you need to build an EV battery is contained in our nodules.”

A team of more than 70 DeepGreen technicians, researchers, and scientists just completed a seven-week voyage aboard the Maersk Launcher to the Clarion Clipperton Zone, a 1.7 million square mile hunk of the Pacific between Hawaii and Mexico where much of the world’s supply of these nodules exist. 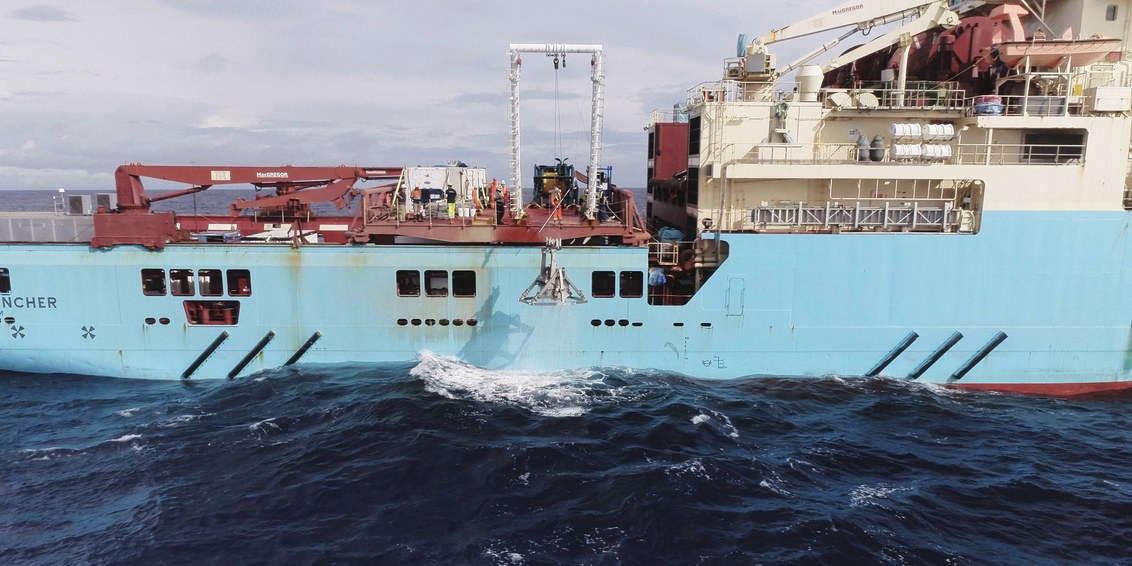 Researchers aboard the ship dropped box-shaped coring devices 12,000 feet to the seafloor to sample the nodules as well as bring up sediments and mud from the seafloor. Roving autonomous underwater vehicles filmed the operation, provided directions, and collected water quality data. The mission is the first of several that are required as part of an environmental impact statement that DeepGreen must complete before getting a final permit from the International Seabed Authority. The authority regulates exploration and mining activity in the Clipperton zone and has partitioned mining rights to various nations, including DeepGreen's partner, the island nation of Nauru. 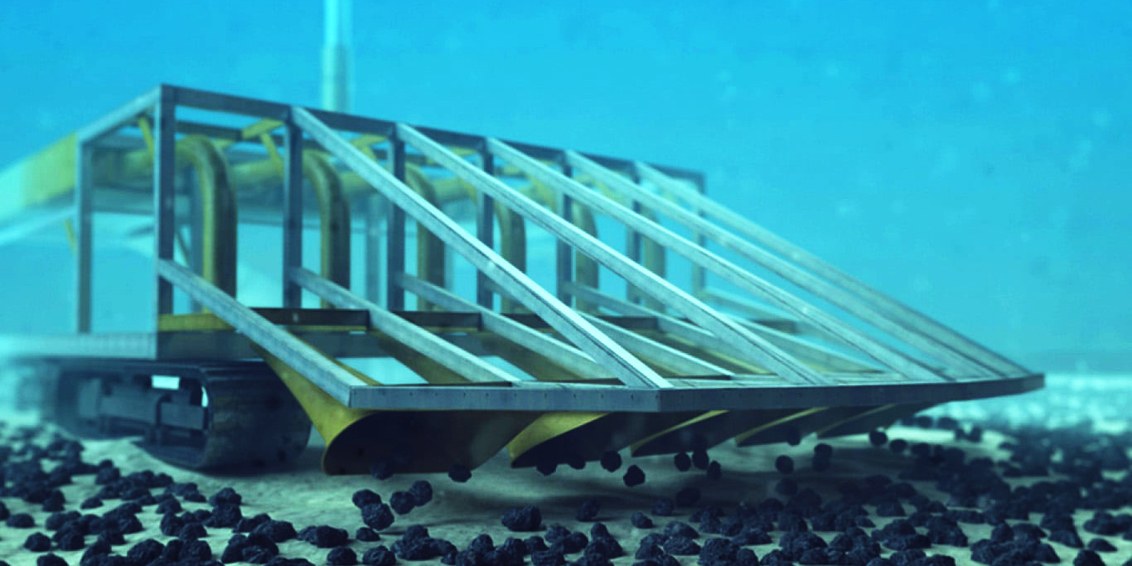 DeepGreen says it wants to do the right thing when it comes to the seafloor habitat. It recently hired Greg Stone, a former chief scientist for Conservation International, to help it make a plan for low-impact seafloor mining and the bottom habitat. “This is the first time that we’ve sat back prior to launching mineral extraction thought about it,” Stone says. He notes that DeepGreen is also relying on data from previous efforts to scoop up these mineral-laden deposits. That includes the infamous Glomar Explorer that turned out to be a clandestine effort by the CIA to recover a sunken Soviet submarine

“We are relying on decades of policy development and years of research to characterize the seafloor and build models of the deep sea so we understand how the currents flow, what animals live there, and what changes there will be,” Stone says.

DeepGreen says it is designing a harvester running on treads that it hopes to test within the next year or two. The idea is to drive the autonomous device across the seabed, scooping up just a few inches of the seabed. The scoop will be attached to a vacuum-line that sucks the nodules up to the ship on the surface. The enclosed-loop system will return the cold ocean water to the bottom rather than dumping it into the warmer surface layers to minimize environmental impacts, Stone says.

They also want to make sure the seabed isn’t left a mess. One way to do that is by harvesting in a checkerboard pattern of squares. The idea would be to allow untouched areas where deep sea animals and plants could either find shelter or recolonize. “We will be applying the best practices and principles, cataloging all the species that live down there to find out if there are any discongruities on the seafloor,” Stone says. “If we find an area that has a unique species clustered around several hundred square kilometers or square meters, we would give that a pass. If we find the whole seafloor is the same, we will make sure our work down there is done in a patchwork fashion so we don’t go through an area and wipe it out.”

Despite these precautions, some marine scientists believe it is difficult to leave the seabed untouched. Andrea Koschinsky-Fritsche of Jacobs University in Bremen, Germany, has been studying the potential impacts of mining on various deep sea habitats. She compares mining to the impacts of fishing trawl nets that are dragged across the seafloor. “The effect on the bottom sediment is quite similar, but recovery of deep sea is much slower than bottom trawling areas,” Koschinsky-Fritsche says. “The continental shelf has more food than the deep sea ecosystem.” She says that scientists still don’t know much about the diversity and population of the worms, mollusks, fish, and other inhabitants of the dark world at the seafloor.

Of course, these uncertainties aren’t stopping mining companies like DeepGreen or London-based UK Seabed Resources, a subsidiary of Lockheed-Martin, which are planning more tests and pilot projects before full-scale operations could begin in the next few years. In April, Japanese researchers announced they found a trove of similar black nodules that contain hundreds of years worth of rare-earth metals just 1,150 miles southeast of Tokyo. It appears the slow-motion race to to undersea riches has just kicked up a notch.