Harvesting Metals from the Ocean Floor with Autonomous Robot Swarms 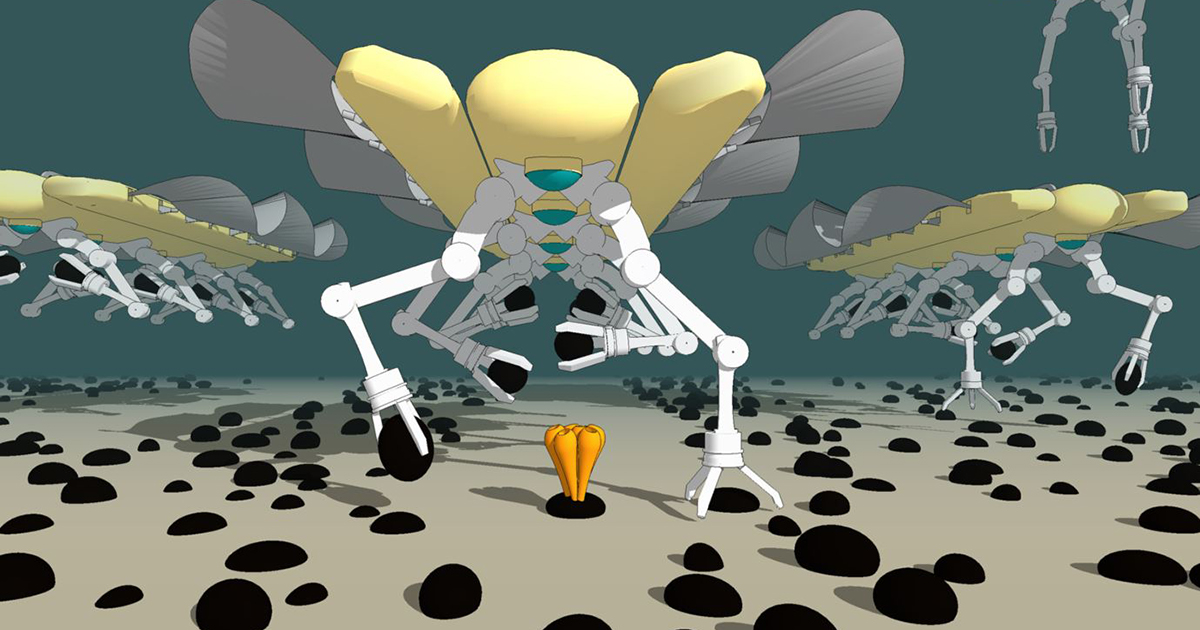 Pliant Energy Systems proposes that the ocean, especially the deep ocean, is where autonomy will come into its own for two main reasons. Firstly, without GPS, radio, or any other high-bandwidth communications, you don’t have a choice. A robotic craft in the deep ocean is effectively alone. In some respects, it must be smarter than a self-driving car which makes decisions with the aid of a continuous two-way data stream. Secondly, autonomy is most valuable in environments where people cannot easily go, doing tasks people cannot easily do. Is it valuable for a humanoid robot to stack boxes when a human on minimum wage can do the same? Subsea environments need autonomy more than loading docks. Ocean mining is a case study that points to tremendous opportunities ahead for marine technologists.

The greatest potential for ocean mining currently is the harvesting of polymetallic nodules found on abyssal plains, mostly at depths of 3,000-4,000m. Right now, the main approach to harvesting these nodules involves gigantic tracked crawlers that scoop the nodules up, process them and pump them as a slurry through a riser to a surface ship. Much of the opposition to nodule mining stems from the perceived destructiveness of this method, since the crawlers also scoop up 5-20cm of the sea floor, killing everything living in or on the sediment layer. 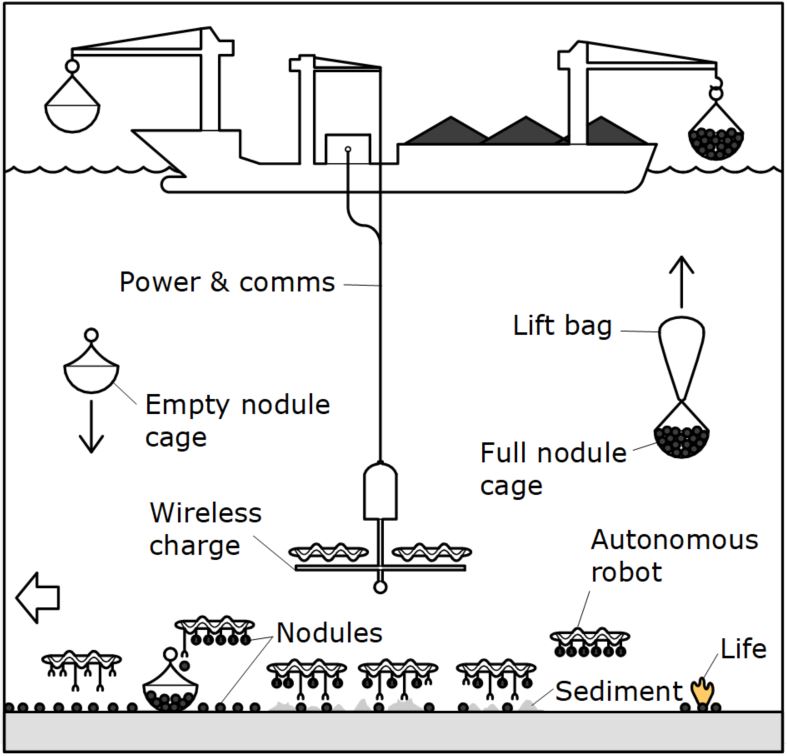 The experimental mining endeavors underway today represent a marriage of land-based methods to undersea oil and gas extraction methods. It makes sense to approach a problem by looking at problems you’ve already solved and adapting those solutions to a new problem. Pliant Energy Systems believes a 21st century solution deploying autonomous robot swarms is both feasible and desirable.

The swarms will consist of Pliant’s highly agile robots equipped with grippers, processing power and AI. Rather than destroying the seabed floor, these robots can pluck individual nodules from the surface of the sediment with minimal, or possibly no environmental damage. If a robot identifies a marine organism growing on a nodule for example, it leaves the nodule untouched, records it and communicates its presence to the swarm. Nodules may be placed in nodule collecting baskets that make their way to the surface for collection.

The autonomous swarm may also be less risky than the crawler method because if the crawler breaks down, the entire operation ceases. Raising the crawler thousands of meters to the surface for repairs is precarious, time consuming and expensive. With the autonomous swarm solution, if a robot fails, not only does the rest of the swarm continue to collect nodules but they can place the failed robot in a nodule basket and send it to the surface for repair.

No question, there is significant opposition from environmentalist and many ocean scientists to any form of seabed mining. On the one hand, to electrify and decarbonize the global economy we need these metals such as cobalt, nickel and copper that sit down there in great abundance. On the other hand, we worry about damaging deep-ocean ecosystems before we fully understand them. Ecosystems are interconnected, so it might just be that something going on in an ecosystems down there is key to a healthy ecosystem up here. It’s a valid concern. With seven billion consumptive humans on the planet, every move we make has an impact. Pliant Energy Systems proposes that 21st solutions should aim for maximum benefit with minimum harm, and that harvesting metals from the sea floor with autonomous robot swarms is one such solution.