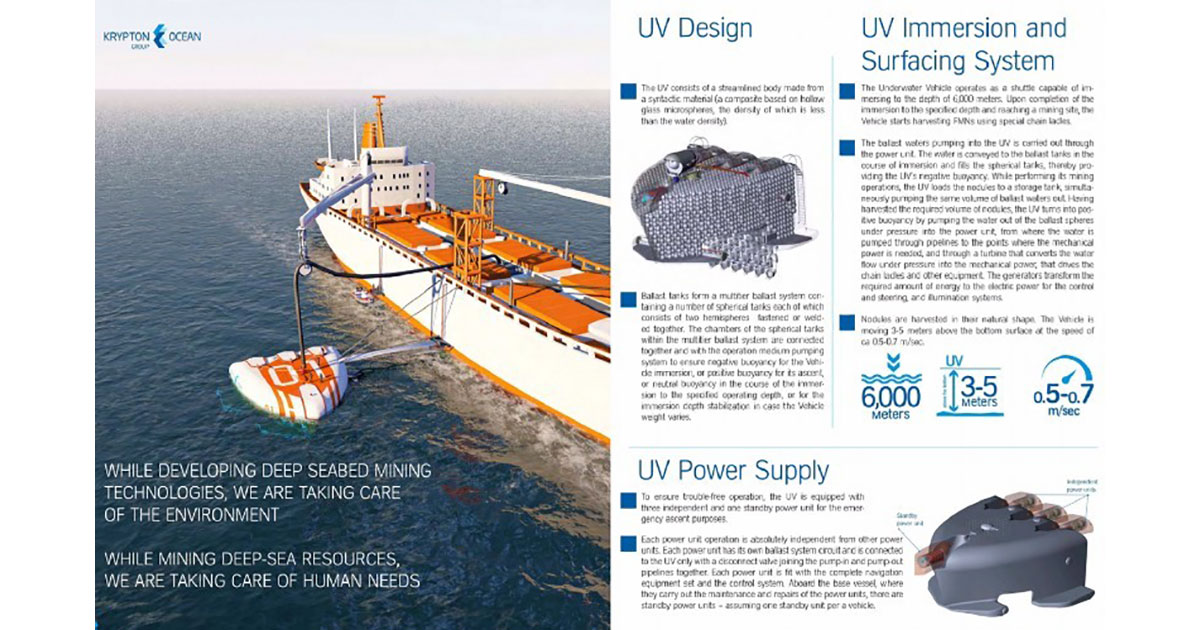 This seemingly primitive definition reflects, nevertheless, the very meaning of what Krypton has been developing and sharpening since 2014. Today, the technology is in a few steps from an actual implementation when computer models are translated into titanium structures. Who and how will benefit from the deepwater elevators? And what arguments make Krypton’s leadership being so confident in a business direction the Company chooses? 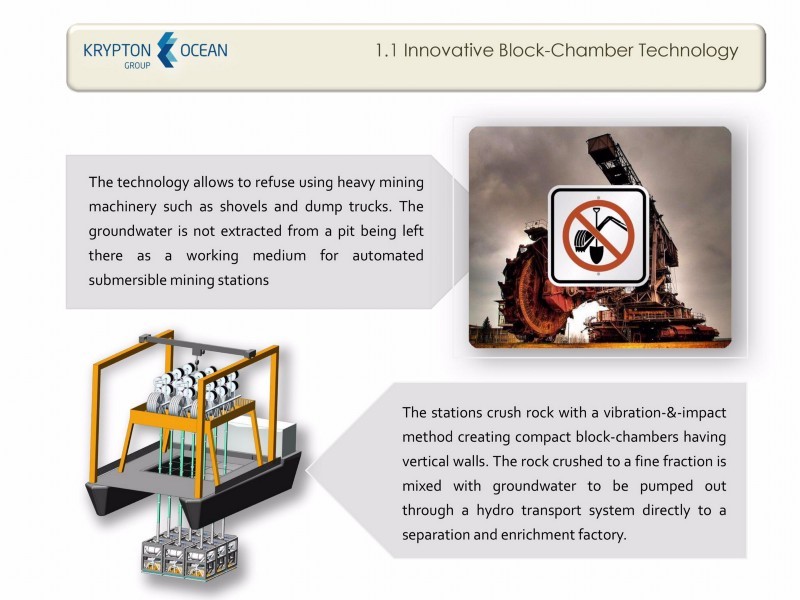 “In fact, it is much simpler to grasp the deepwater mining feasibility than it seems at first sight” — Mr. Vladislav Kvyatkovskiy, Krypton’s founder is always optimistic in explaining why seabed mining is cheaper than a traditional onshore one in its core.

“What we need to reach mineral deposits on the ocean floor is just to load water to ballast tanks and voila, our deepwater miners having a positive buoyancy start diving down to alluvial polymetallic nodules on the seabed. In other words, 300 tons of the ballast seawater provide us with the same result as onshore miners have to achieve through blasting works, drilling, and dump excavation. Respectively, when we need to deliver collected seabed minerals to a surface, we unload the ballast water from tanks making our miners break surface. It’s like an elevator moving up and down. Needles to be a professional mining engineer to understand which process is cheaper, right? Our calculations suggest that seabed mining of such minerals as cobalt, nickel, copper, and manganese in the form of polymetallic nodules is 3–6 times cheaper than a respective onshore mining, not to mention much smaller environmental impact along with the absence of any manual human labor on a deposit.”

Krypton’s leader strongly believes in a real-sector economy. This is the reason for the many-year scientific and research practice of Krypton Group dedicated to innovations in mineral mining.

“Look around, we live in a world of material objects made of what the Nature provides us with,” — Mr. Kvyatkovskiy shares his vision. “The so-called post-industrial economy is nothing but a fancy expression. The humanity is far from living in a purely digital virtuality. That’s why mining corporations will always remain so rich, by the way. The civilization needs alloys, metals, and polymers. We need minerals for industries in the same manner as we need food for living. Since people on this planet bet on technologies, the present industrial paradigm will hardly end in the nearest perspective. The trend of automation, robotization, and digitization drives us to rather a hyper-industrial era than to a post-industrial phantasmagoria. What we really should be focused on is technological innovations”. 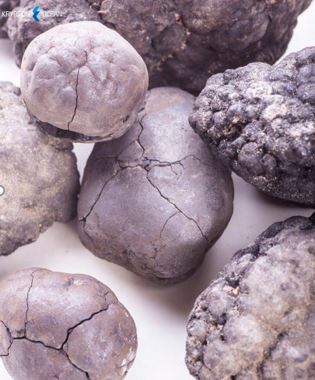 An ultimately innovative approach to both a deepwater offshore mining and a traditional onshore one is probably what makes Krypton very special within a contemporary extractive sector. Sometimes, Krypton’s statements sound even provocative:

“…why to reinvent the wheel looking for a substitute for cobalt in batteries? The cobalt deficiency is a fake problem in terms of tremendous deposits available on the seabed”;
“…workers have nothing to do in a pit field since we enter the era of automation”;
“…dump shovels and trucks are just expensive and cumbersome relics of the past”;
“…stop extracting groundwater from open pits — its demineralization is too costly. Use groundwater as a working medium for automated submersible mining stations instead”.

The original Block-Chamber technology recently patented by Krypton is radically innovative for a traditional open-pit mineral mining. “This is not a panacea in each and every case”, — Vladislav Kvyatkovskiy explains, — “but in case you have a bedrock deposit with a rock strength of 150 MPa, we can help you get rid of blasting works, heavy mining machinery, manual labor in a pit field, and groundwater extraction in your mining routine. Our Block-Chamber process transforms onshore mineral mining into a highly optimized, human error-free, and extremely eco-friendly activity. Get more with less, as they say.”

When you watch beautiful dynamic 3D visualizations of the futuristic-looking deepwater vehicles of Krypton, a pragmatic question may arise: how close are these technological developments to a real-life business? It’s not a secret that Patent Offices all over the world are overfilled with marvelous inventions having no perspective to be implemented in practice. What makes Mr. Kvyatkovskiy spend millions of dollars (yes, millions!) from his own pocket for highly-skilled engineers and designers, the US patents, international exhibitions and summits as well as for a many-year struggle against biases and obsolete patterns inherent in an orthodox vision of a mining technology?

“This is all about neither hobby nor purely academic interest. We have been investing in a practical knowledge over the years, the very knowledge that will bring us piles of money after all. This is all about commerce. We are building a highly beneficial business through a practical seabed mineral mining. The current transition to a battery-driven civilization orchestrates our commitment very well. It’s time to reconsider what and where we mine. Moreover, it’s time to recalculate the feasibility of the entire extractive industry”- Vladislav Kvyatkovskiy shares his plans with regard to the methods he is going to use in order to transform Krypton Group from a technological provider into a fully-fledged mining and processing enterprise.

The thing is that Krypton’s expertise is not limited with just deepwater mining vehicles. The technological background of the Company having roots in Demurinskiy Mining and Enrichment plant established in 2001 allows Krypton to arrange a full-cycle production process. Extraction of seabed minerals in such a case is complemented with advanced ore processing along with chemical and metallurgical refining of the finished metals and alloys — a complex approach matters.

In contrast to its technologies, nothing revolutionary is in the ongoing Krypton’s fundraising campaign. Perhaps, Krypton sees investment as a field where experiments are hardly worth conducting:

“We offer investors mutually profitable partnership in a transparent and official manner. Having nothing against such progressive fundraising instruments as, for example, ICO we, nevertheless, are going to use a classic approach — a listing on one of the European stock exchanges. It will be a private placement when our equity shares are offered not for trading games but for getting sustainable income through significant dividends.”

Showing up to 40% ROI of the currently developing project in Zhytomirskaya region (Ukraine) where a titanium-rich bedrock deposit is to be developed with the Krypton’s Block-Chamber technology, Vladislav Kvyatkovskiy reveals “iron-concrete” arguments:

“The confirmed ore capacity of the deposit is 430 million tons. This is enough for about 700 years of mining. Seven. Hundred. Years. The finished commercial products we are going to produce — titanium dioxide, iron oxide, and superphosphate — will remain in a great demand on the market for decades. Since we don’t use shovels, dump trucks, manual labor, and blasting works for our mining and enrichment workflows, both the capital expenditures and operational costs of our project are at least double lower than a conventional technology can offer. This is why the project’s profitability is much higher than average. This business is as reliable as rock. Come and stay our shareholder to earn money from what never goes out of demand.”

Even more ambitious plans of Krypton for seabed mining have a sufficient economic rationale according to Mr. Kvyatkovskiy. He is sincerely puzzled by the “resource myopia” of the majority of battery manufacturers:

“It seems the booming EV industry does not expect any black swan with regard to the battery metal supply. It’s a carefree approach. No contemporary mining behemoth is able to guarantee a stable supply of battery minerals for a fixed price over a long period. Know why? Because onshore resources of such critical minerals as cobalt, copper, nickel, and manganese are limited. The increased extraction can lead to only a faster depletion of the available deposits. Even today’s demand in battery metals exceeds supply manyfold, let alone the nearest happy electric-driven future. Won’t it affect the general affordability of batteries in all and every application?”

In addition to the objective natural limitations inherent in the onshore mineral mining, Vladislav Kvyatkovskiy emphasizes the growing uncertainty in the socio-political realm gaining momentum throughout the world:

“Just imagine a sudden negative political event somewhere in Congo, for example, that can interrupt 60% of the world cobalt supply for an indefinite period. What’s then? Can the multi-billion financial reserves of the world EV manufacturers save the situation? Will they be able to find an alternative source of cobalt immediately? They won’t. It will be a classical black swan for the global battery industry. And the only weapon capable of striking such black swans down on their way is the ocean minerals. Hence, we offer not just another innovative technology, we provide our future partners with a remedy against operational, financial, and reputational risks”. 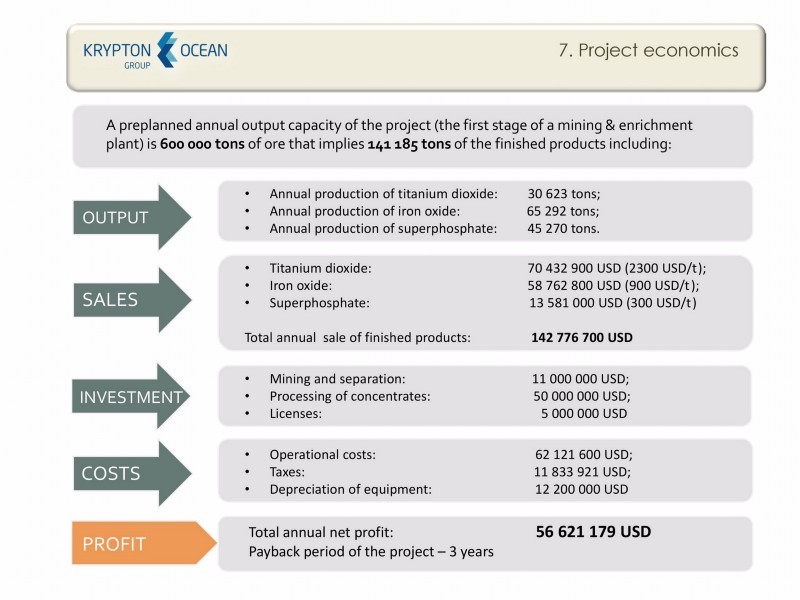 Even though the listing of Krypton Group will happen in several months (a standard pre-listing procedure requires a lot of time and efforts from an issuer), Vladislav Kvyatkovskiy and his team are engaged in active negotiations with many potential shareholders both in Ukraine and abroad. It seems Krypton has chosen the right moment: more and more people from various industries started recognizing seabed mining as a super promising business direction.

Besides, the lack of viable seabed mining technologies taking place on the market makes some holders of the exploration licenses issued by the ISA (International Seabed Authority) look for a different technology provider. Mr. Kvyatkovskiy hinted at preliminary agreements achieved with some license holders. In addition, Krypton keeps holding negotiations with several national Governments regarding their support in getting a new license for Krypton Group. Namely a combination of an ISA license and advanced seabed miners — the “deepwater elevators” — can make the investment appeal of Krypton Group very attractive for private investors.

“We are always opened for cooperation” — Vladislav Kvyatkovskiy claims. “We greatly appreciate those early partners who are capable of recognizing a great potential in seabed mining as well as a fair promise in our ambitious plans. There is still enough space for serious investors in our projects.”

A direct communication with Krypton is possible via the following channels:

Email: This email address is being protected from spambots. You need JavaScript enabled to view it.
Tel: +380 98 7836125