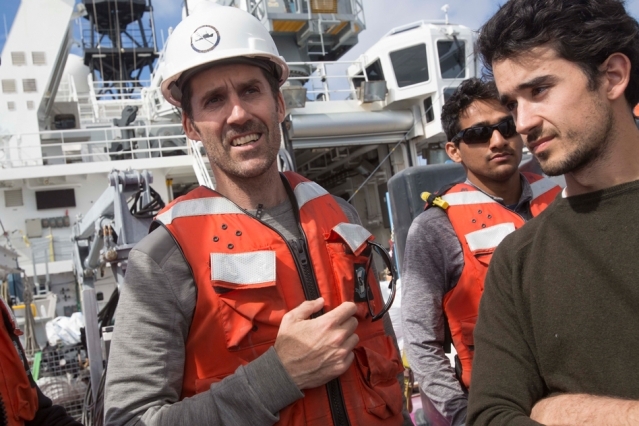 We know relatively little about the short- and long-term environmental effects of deep-sea mining. This uncertainty tends to fuel an ongoing debate—on one hand, a new industrial frontier beckons us forthwith, to harvest the much-needed rare earth minerals, such as lithium, required to sustainably manufacture rechargeable car batteries for a prosperous and cleaner future; on the other, environmental concerns associated with damaging the biodiversity found in unique deep-sea ecosystems—but recent information released by Massachusetts Institute of Technology (MIT) is yet another example of how scientific inquiry might be the best leveler.

The field research in question focuses on how sediment plumes react to ocean currents. Led by Professor Thomas Peacock, director of MIT’s Environmental Dynamics Lab (END Lab), a team of scientists set out to assess how sediment plumes might affect surrounding ecosystems found in the Clarion Clipperton Zone (CCZ), an abyssal plain of continental proportions between Hawaii and Mexico.

These plumes are the result of polymetallic nodule harvesting from the seabed. While there are a number of commercial interests currently developing their own technologies, the basic premise for nodule harvesting is the same: A Remotely Operated Vehicle (ROV) is deployed to depths of up to 6000m where it essentially vacuums up the nodules, along with the top layer of silt. The disturbed sediment creates what is termed a “collector plume,” which is then carried away by strong undercurrents. Additional plumes are caused by further discharged material, which is either ejected from a riser pipe or as a direct result of nodule cleaning on a surface vessel. These are known as “discharge plumes.”

Mapping the Way to Legislation

Peacock’s objective is to better understand the nature of these plumes by creating mathematical models that will, in the future, help us predict and mitigate the impacts of such seafloor disturbances. The team mixed sediment with a tracer dye that helped track and, subsequently, maps the redistribution of the plumes. The hope is that the continued research will help clarify how the surrounding biology in the CCZ could be affected by commercial operations in the region, which in turn will help define the necessary exploitation regulations using robust scientific data and modeling.

This will come as good news to the International Seabed Authority (ISA), an independent organization tasked by the United Nations with drafting such multilateral legislation. MIT is one of only two research universities that has been granted observer status at the ISA and so understands firsthand just how important it is to gather input from all stakeholders from the start when trying to represent a clear assessment of the potential impacts of deep-sea mining.

In an industry as potentially polemic as ocean mining, science may well end up being the mediator.