New Species of Single-celled Organisms Discovered in the Pacific 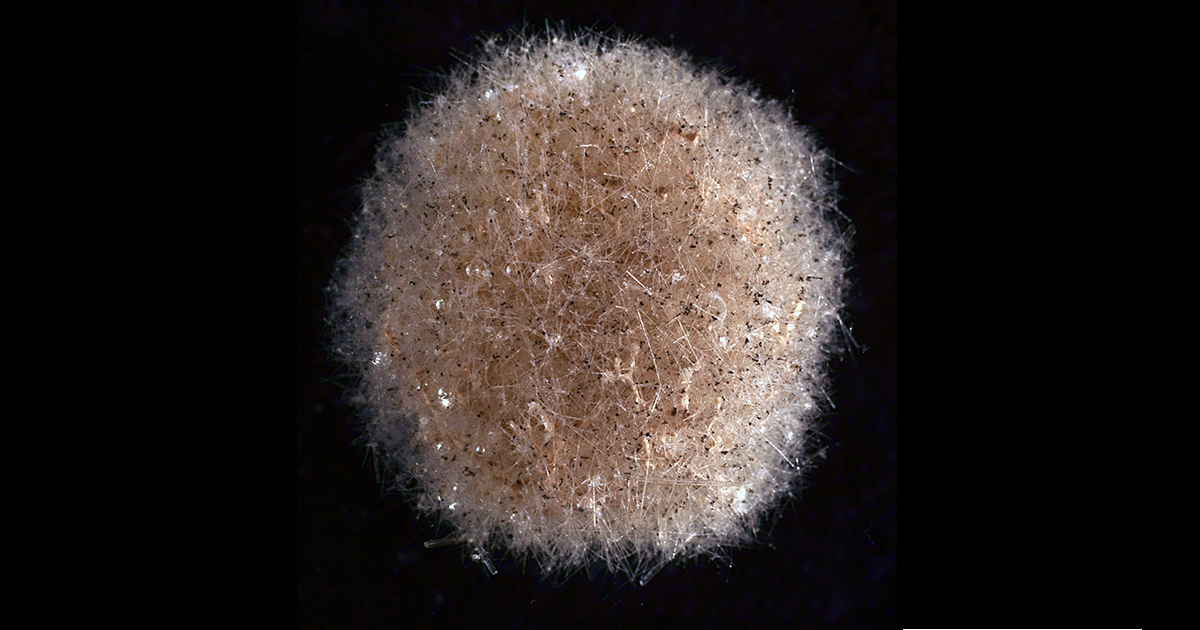 A specimen of Abyssalia, a new genus of Foraminifera. Credit: Slim Chraiti, University of Geneva.

According to the School of Ocean and Earth Science and Technology, scientists at the National Oceanography Centre (NOC), the University of Hawai’i, and the University of Geneva discovered the new genera and four new species of single-celled xenophyophores on the Pacific seabed.

The new genera were named Moanammina and Abyssalia. The species were discovered on an expedition in the western Clarion Clipperton Zone (CCZ) in 2018 and were collected with the University of Hawai’i’s Remotely Operated Vehicle Lu’ukai.

Moanammina semicircularis sp. nov., has a stalked, fan-shaped test, around three inches tall and three and one-half inches wide. Two other new species, Abyssalia foliformis sp. nov. and Abyssalia sphaerica sp. nov., have tests that resemble a flat leaf and an almost perfect sphere, respectively. They are constructed entirely of glass sponge spicules. The fourth new species is Psammina tenuis sp. nov., which has a delicate, thin, plate-like test. With these new species discovered the number of described xenophyophores in the CCZ is at 17, which accounts for 22% of the global total for xenophyophore. The high numbers of these species in the CCZ lead scientists to believe that they are vital to the rich biological communities found in this area.

Among other things, they provide microhabitats and potential food sources for other organisms. Moanammina semicircularis is genetically identical to another specimen found in 2017 in the eastern CCZ. Thus, this study provided the first genetic confirmation of wide geographic ranges (at least ~2,300 miles) for an abyssal xenophyophore species.