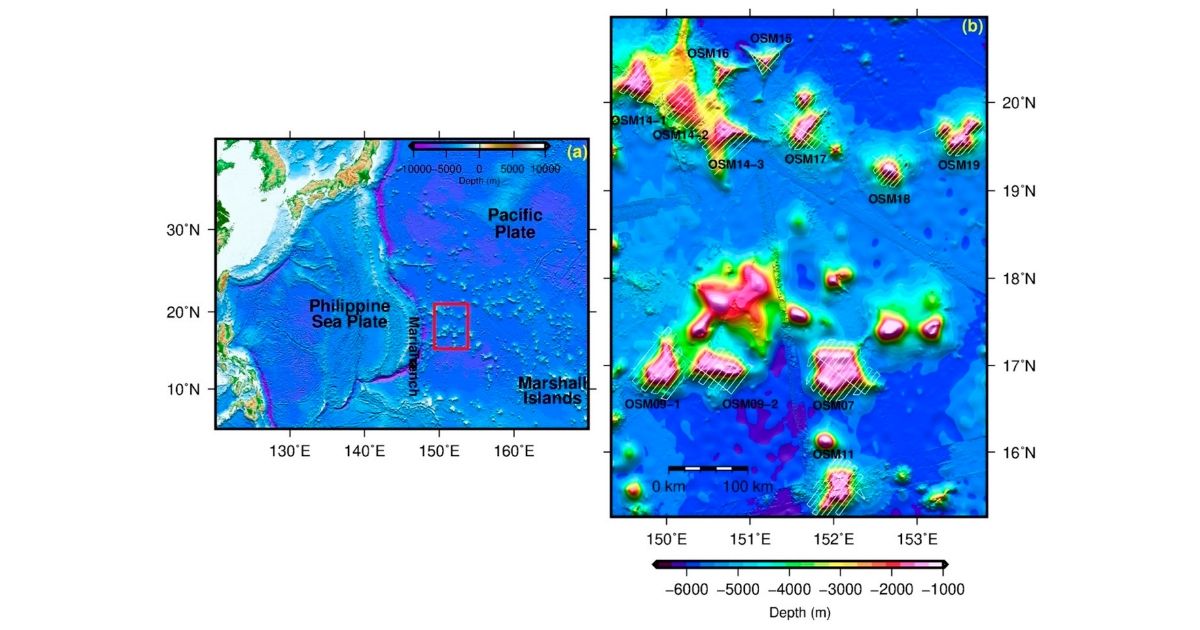 According to a new research paper, shipboard multibeam echo sounder (MBES) data can be a valuable tool for constraining spatial distribution of ferromanganese (Fe-Mn) crust deposits over a large exploration area.

Led by Jongmin Joo of the Deep-Sea Mineral Resources Research Center, Korea Institute of Ocean Science, the researchers mapped the spatial distribution of Fe-Mn crust deposits on seamount summits and flanks in the Western Pacific using shipboard multibeam echo sounder (MBES) data and seafloor images from a deep-towed camera system (DCS). They evaluated the relationship between acoustic backscatter variations and the occurrence of Fe-Mn crusts. The researchers found a positive correlation between high backscatter intensity, steep seabed slope gradients, and the occurrence of Fe-Mn crusts. However, their analysis was not effective to distinguish the spatial boundary between several seabed types that occur over small areas in mixed seabed zones, particularly where transition zones and discontinuous seabed types are present.

The researchers conclude that MBES data can be a valuable tool for constraining spatial distribution of Fe-Mn crust deposits over a large exploration area. According to their paper, “This approach also has significant implications for identifying the presence of Fe–Mn crust deposits around the outer rim of the summit area of a target seamount, which is more suitable for commercial mining operations.”

Cobalt-rich ferromanganese crusts, which are potential resources for cobalt, nickel, platinum, and other rare metals, are distributed on the surface of seamounts, ridges, and plateaus. Distribution of Fe-Mn crust deposits and their geomorphological characteristics are prerequisites to selecting possible mining sites and to predicting the environmental impact of deep-sea mining activity.