Disturbances Related to Ocean Mining May Have Long-term Impact 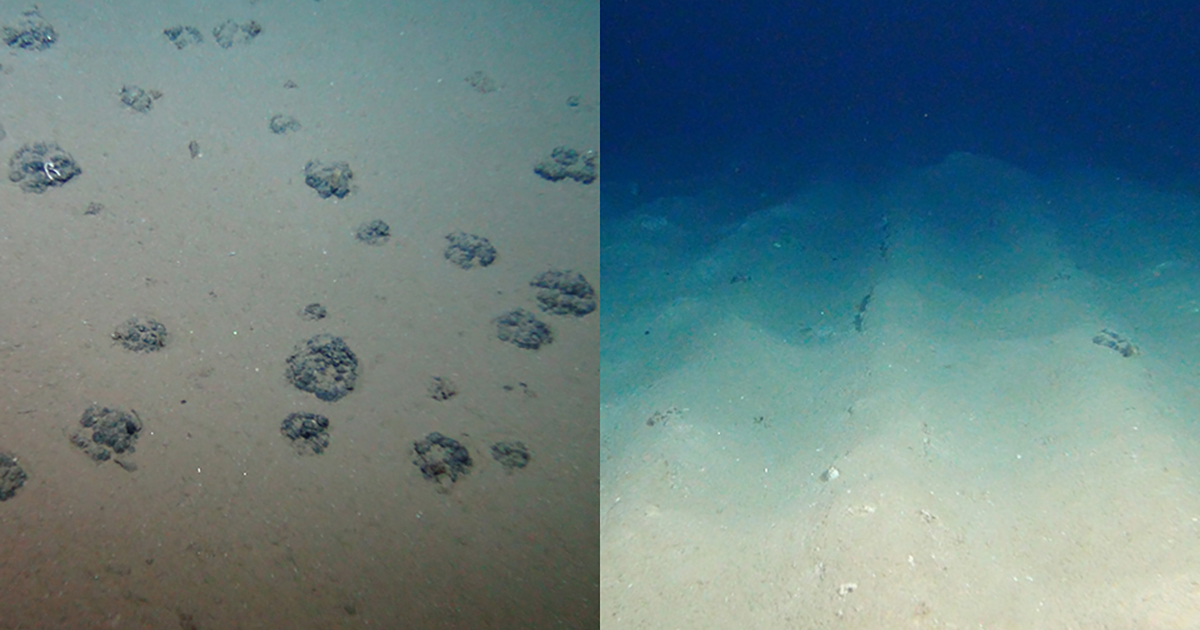 Ocean mining addresses the increasing need for rare metals, but its environmental impacts are not yet fully understood. Researchers at the Max Planck Institute, the Alfred Wegener Institute, the GEOMAR Helmholtz Centre for Ocean Research Kiel, and other institutes published a new study on ocean mining-related disturbances and the long-term impact on the natural ecosystem functions and microbial communities on the ocean floor. They present their results in the journal Science Advances.

Polymetallic nodules contain not only manganese and iron, but also rare metals like nickel, cobalt and copper, as well as so-called high-tech metals. With increased need for such metals for the production of batteries, renewable and digital technologies those marine deposits are of great economic interest. However, interventions on the ocean floor may have lasting impacts on the affected areas. Studies suggest that many sessile inhabitants on the ocean floor depend on the nodules as a substrate. As part of the BMBF-funded project “MiningImpact”, the Max Planck Institute in Bremen (MPIMM) has taken a closer look at the smallest seabed inhabitants and their performance.

The study shows that microorganisms inhabiting the ocean floor would be massively affected by ocean mining. The team from Alfred Wegener Institute Helmholtz Centre for Polar and Marine Research (AWI) travelled to the DISCOL area in the tropical East Pacific to investigate conditions of the ocean floor and the activity of its microorganisms. They found the plough tracks on the ocean floor from a 1989 study that simulated mining-related disturbances still clearly visible. The research shows that compared to undisturbed regions of the ocean floor, only about two thirds of the bacteria lived in the old tracks, and only half of them in fresher plough tracks. The rates of various microbial processes were reduced by three quarters in comparison to undisturbed areas. In these disturbed areas, the microbial inhabitants can only make limited use of the organic material that sinks to the ocean floor from upper water layers, which results in the loss of one of their key functions for the ecosystem. Microbial communities and their functions could thus be suitable as early indicators of damage to deep-sea ecosystems caused by nodule mining and of the extent of their potential recovery.

Mining technologies currently developed may lead to massive disturbance of the ocean floor. Commercial ocean mining would affect hundreds to thousands of square kilometers. Scientists believe that the damage would be challenging to the recovery of the ecosystem.

The study is meant to contribute to the development of environmental standards for ocean mining by pointing out the limits of seabed recovery.