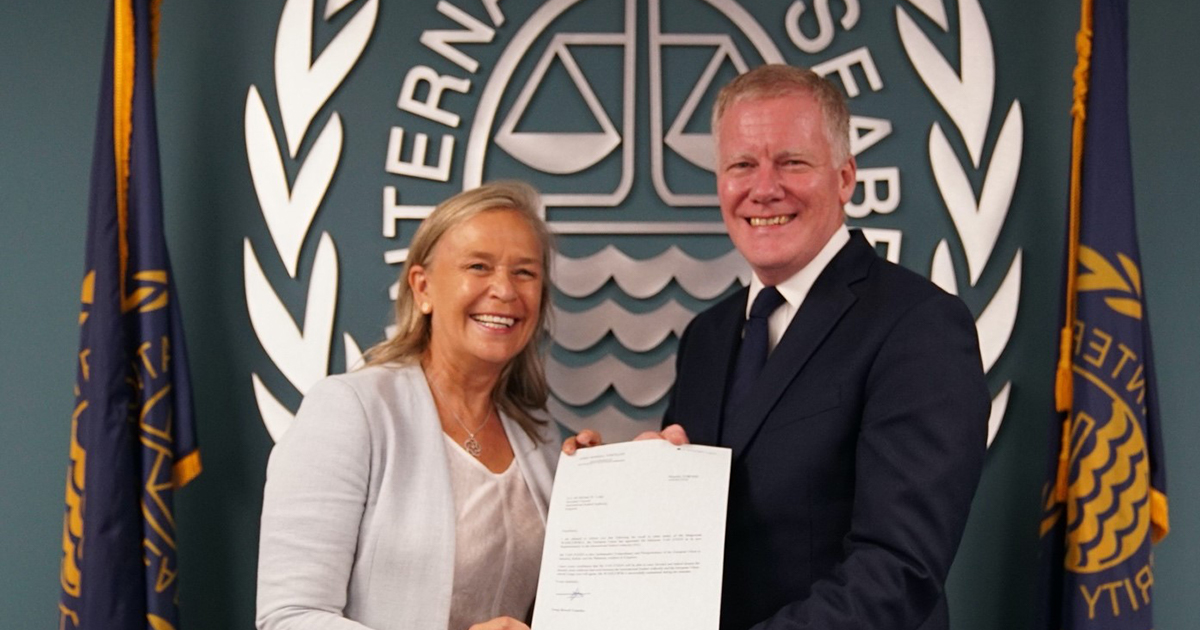 The new Permanent Representative of the European Union to the International Seabed Authority (ISA), H.E. Ms. Marianne Van Steen, presented her credentials to ISA Secretary-General H.E. Mr. Michael W. Lodge, in a ceremony that took place at the headquarters of ISA in Kingston, Jamaica.

“I am delighted to welcome H.E Ms. Van Steen as new Permanent Representative of the European Union to ISA and we look forward to continuing working closely with the European Union and its member States in the implementation of our mandate” said Mr. Lodge.

“I firmly believe that the International Seabed Authority has an important role to play to strengthen international ocean governance,” said Ambassador Van Steen.