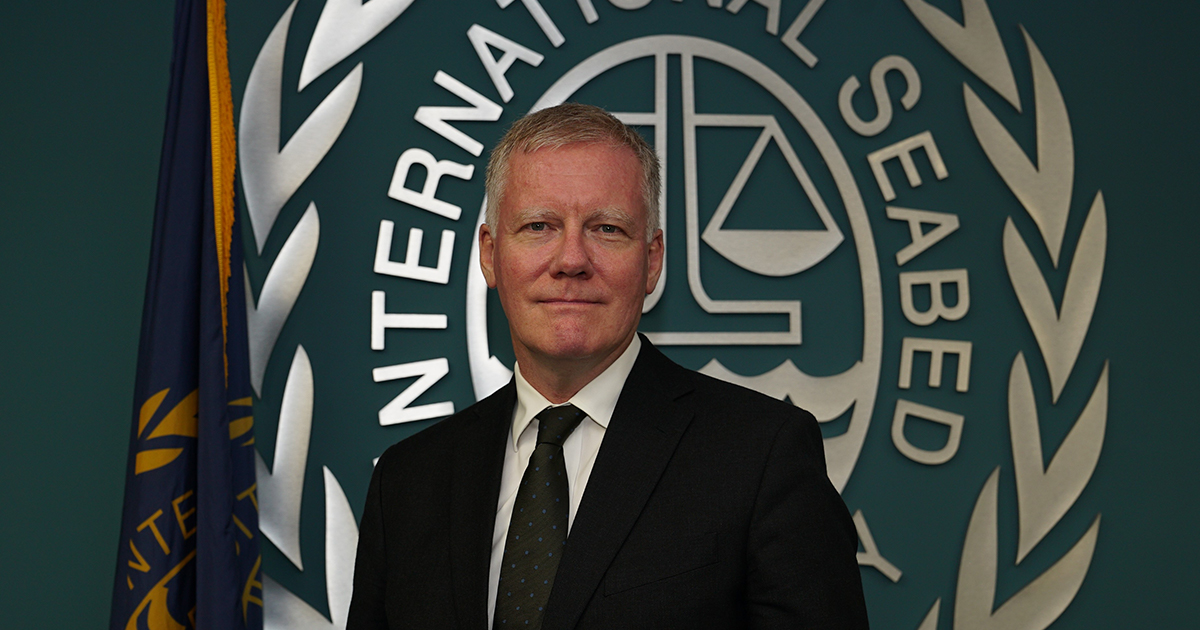 On 3 December 2020, members of the International Seabed Authority (ISA) reelected Mr. Michael W. Lodge as Secretary-General for a second term commencing in January 2021. Following his reelection, Secretary-General Lodge will guide another 4-year term for the period 2021-2024.

Secretary-General Mr. Michael W. Lodge expressed his appreciation to the members of the Authority for their continued support. “I am grateful for the confidence expressed in me by member States and I look forward to continuing to guide the Authority through its important work over the next four years,” said Mr. Lodge.

Since he took office in 2017, Secretary-General Lodge has been committed to ensuring that ISA effectively implements the mandate given to it by the United Nations Convention on the Law of the Sea and the 1994 Agreement. In so doing, Mr. Michael W. Lodge has also given particular attention to the creation of a five-year Strategic Plan that will enable the Authority to contribute effectively to the achievement of the Sustainable Development Goals, transforming the capacity of the organization to protect the marine environment including through the development of the global DeepData database and the regional environmental management plans in the Area, and the implementation of the Authority’s voluntary commitments in support of SDG14, particularly those relating to developing the capacity of developing States members of the Authority and especially women scientists, to benefit fully from the regime for the Area.