It’s Only a Matter of Time Before Deep-Sea Mining Comes to Canada. We’re Not Ready. 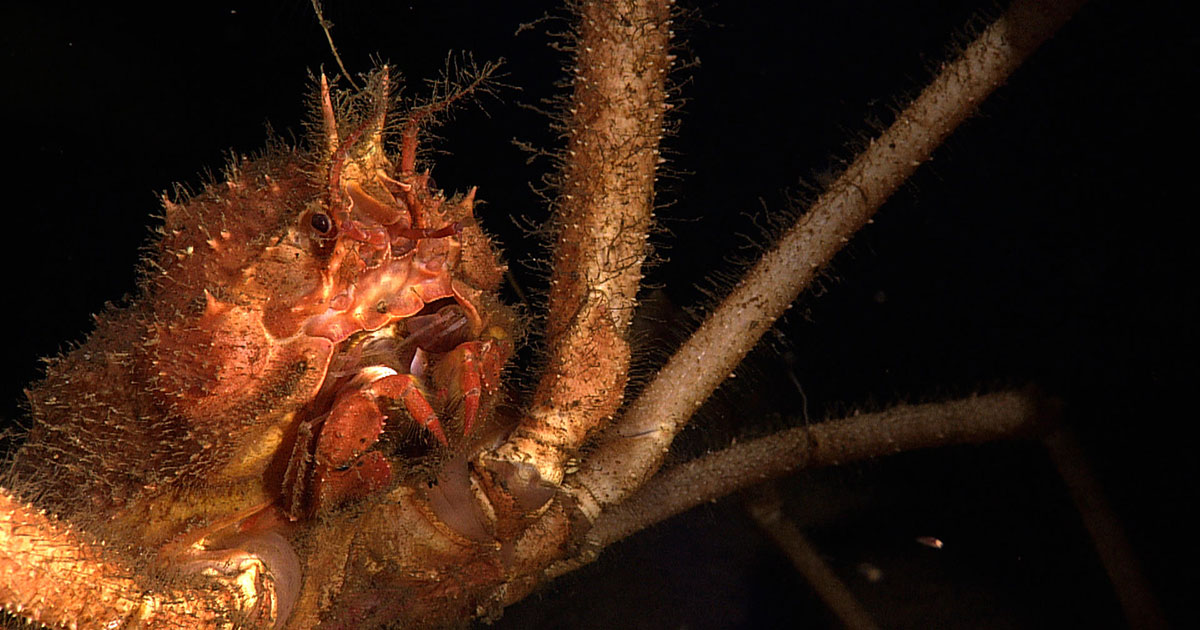 A close-up view of a crab observed at a depth of 2227 metres in the Mothra hydrothermal vent eld, 21 May 2014. Photo: Ocean Network Canada

Until recently, the largest ecosystem on earth has stayed mostly beyond human reach.

But a new chapter in resource extraction could open up Earth’s most remote places to industrial development.

The deep sea, broadly considered the area of ocean below 200 metres, encompasses half of the world’s total ocean estate. To this day, just 5 per cent of the ocean abyss has been explored. It is only in the last decade that major advances in ocean-exploring technology, growing demand for metals used for tech gadgets, and the diminishing availability of these metals on land has created the burgeoning industry of deep sea mining.

This year, Canadian-registered company Nautilus Minerals Inc. is slated to begin Solwara 1, an operation in Papua New Guinea that will extract seaoor massive sulphides from hydrothermal vent ecosystems in the deep sea. Each year, this operation plans to extract 1.3 million tonnes of vent and seabed material high in copper, zinc, gold and silver.

Extraction requires a process of directly drilling, removing, and attening down the vents and chimneys, essentially leaving a pile of rubble in its place.

“All deep sea mining removes material from the seaoor,” says Dr. Kirsten Thompson, a marine mammal scientist and ecology lecturer at the University of Exeter in Devon, United Kingdom. “In removing this material, the habitat and species that are associated with the ecosystem are destroyed.”

“For some types of mining, this destruction is irreversible on a local scale and recovery is not expected within our lifetimes,” says Thompson. 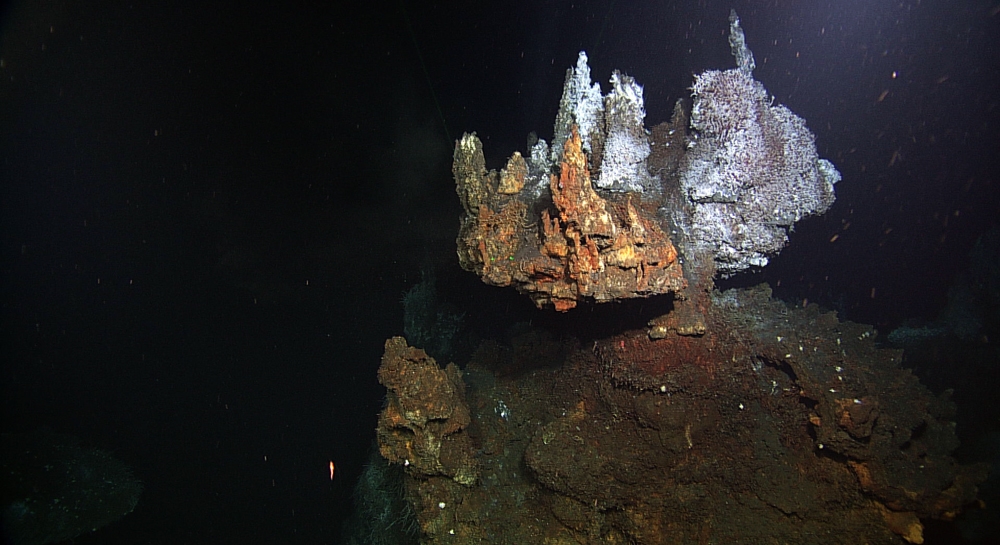 Oases of the ocean deep

Vents are cracks in the ocean oor that spew heated water and nutrients into the frigid deep sea.

“Hydrothermal vents are ecosystems where species are uniquely adapted for extreme conditions,” says Thompson. “Research suggests that 85 per cent of vent species are found in no other ecosystem and there are many new species being discovered as research progresses.”

Seamounts are vast ranges of underwater mountains that rise from the ocean abyss, often bringing upwellings of nutrients that support a diversity of marine life.

In some cases, “seamounts provide habitat for a high diversity of corals, anemones and feather stars, as well as sh,” says Thompson. “Large mobile marine species, such as whales and sharks, are known to gather over seamounts, using them as foraging or resting areas.”

Like their counterparts on land, these underwater oases are now being eyed for treasures beyond their ecological value.

Part of mining seamounts involves stripping their cobalt-rich crusts. This incredibly damaging process causes direct mortality to seabed organisms, and associated impacts up and down the marine food chain.

Likewise, the harvesting of manganese nodules removes elds of small metallic deposits, which take millions of years to form, removing mini-ecosystems that other seabed organisms rely on for habitat.

Before long, Canadian and international mining companies alike may start turning their attention towards Canadian waters — that is, if they haven’t already. 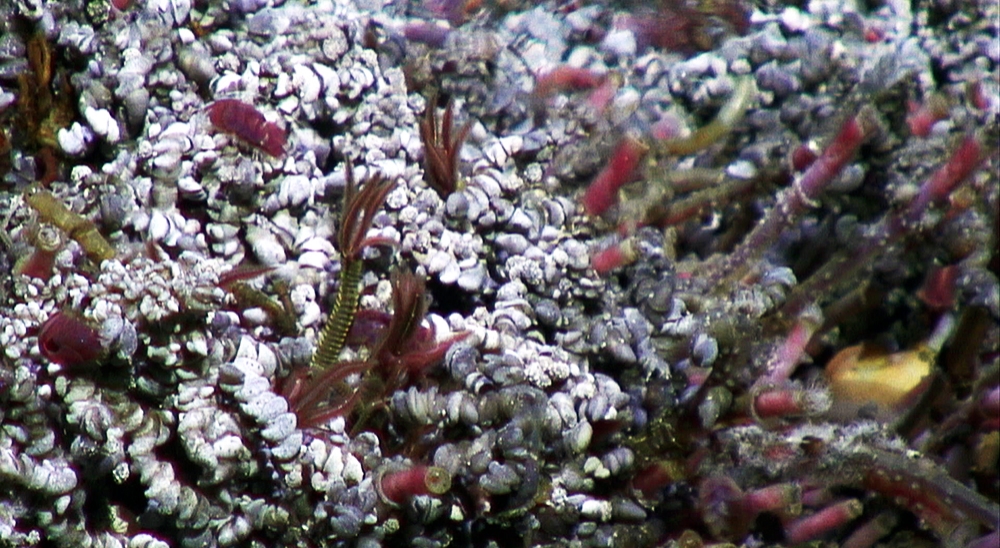 The Oshore Pacic Area of Interest o the west coast of Vancouver Island is of particular concern to conservationists.

This massive 139,700 square kilometre area has been proposed as a federal marine protected area, but does not yet have protections from future mining interests. 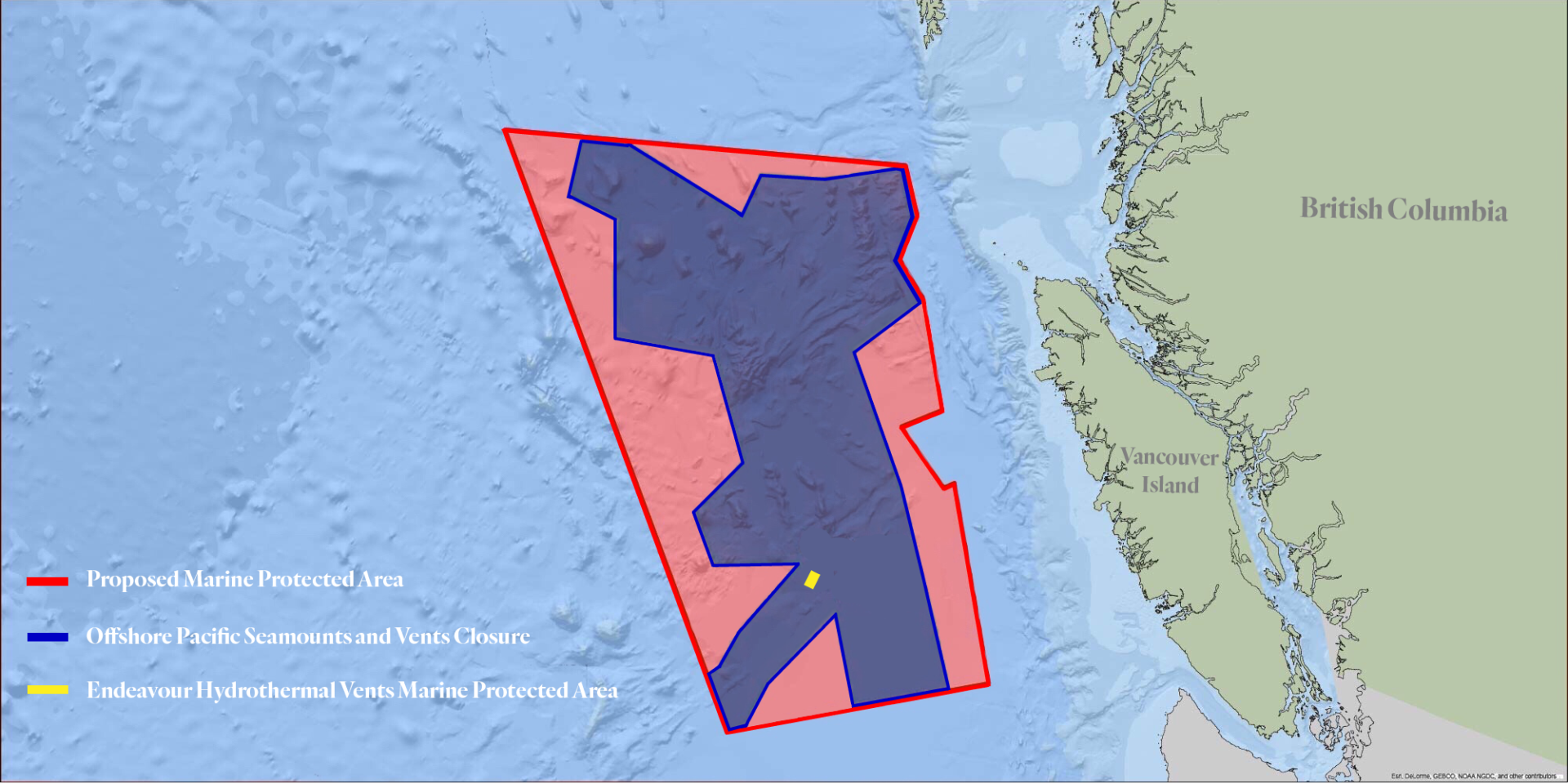 Location of a proposed Marine Protected Area, known as the ‘Deepsea Oasis,’ o the coast of Vancouver Island. Should the area become protected that would not necessairly exclude the possibility of deep-sea mining from occurring in this region. Map: Carol Linnitt / The Narwhal

The Canadian Parks and Wilderness Society has been working to ensure protections for the area address a range of threats, including shipping trac, commercial shing, and the potential for deep sea mining.

Despite the implications of the term, marine protected areas often allow for a variety of industrial activities to continue. When these activities overlap with vital ocean habitat, the results can be disastrous.

Conservationists and scientists are ghting to improve standards for ocean protection, but the federal government is moving slowly to adopt adequate minimum standards.

While mining companies like Nautilus are forging ahead with plans for major extractive operations, the science community is rushing to catch up.

Even preliminary studies are revealing incredible discoveries: the world’s most heat-tolerant microbe, with the ability to survive in over 121°C; ancient glass sponge reefs, which lter and clean vast amounts of water; and carbon-storing vents that may play a role in climate regulation.

Discoveries such as these could have vast applications to medicine, pharmaceuticals, disease prevention, genetic resources, and the advancement of scientic understanding.

Much of the world’s mining resources are found in the High Seas, an area outside of national jurisdiction, managed by the International Seabed Authority (ISA). The ISA has granted 29 licenses for mineral exploration without the existence of international guidelines on deep sea mining.

Canada has the world’s largest coastline and holds some of the global ocean’s most valuable deep sea ecosystems.

Before mining companies step in, areas like the Deepsea Oasis need protection in the form of rm guidelines against mining activities within marine protected areas.

Otherwise, one of our last remaining strongholds for ocean life could fade into the void.