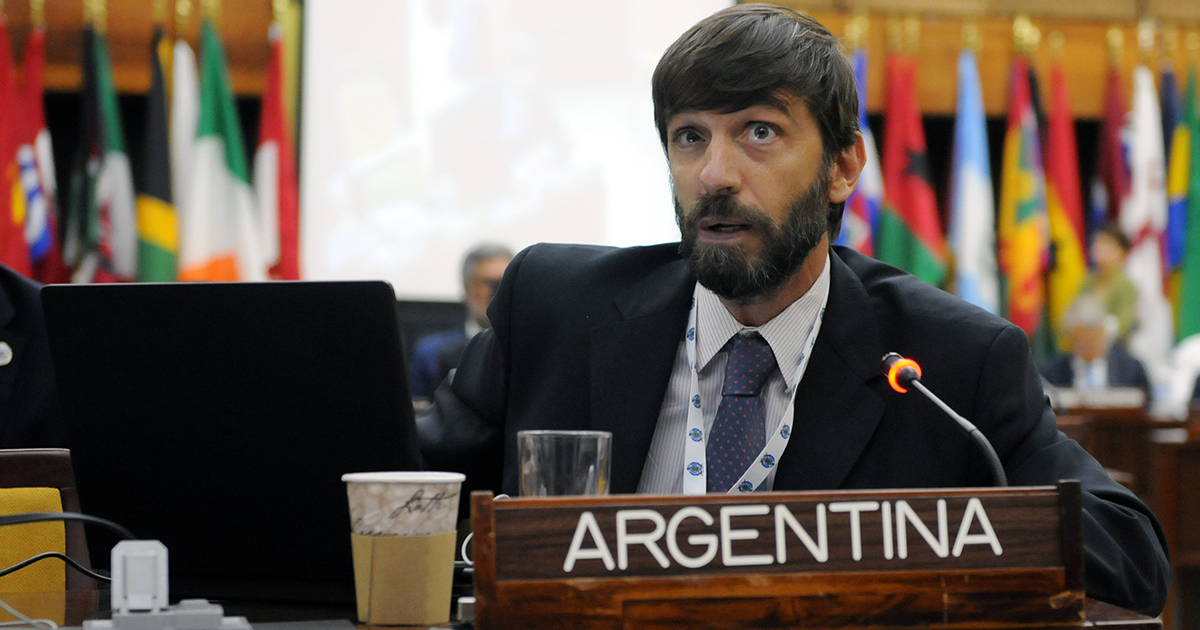 Argentina has agreed to serve as the International Seabed Authority’s (ISA’s) Champion of the Draft Marine Scientific Research (MSR) Action Plan prepared by ISA to contribute to the United Nations Decade of Ocean Science for Sustainable Development (2021-2030), as declared by its Permanent Representative to ISA, H. E. Luis del Solar Dorrego.

The objectives of the UN Decade are at the core of ISA’s mandate to promote and encourage the conduct of marine scientific research in the international seabed area, disseminate the results, and facilitate participation of developing States in deep-sea exploration and research programs.

The Draft MSR Action Plan of ISA identifies six research priorities and a list of priority outputs that will, once achieved, materialize the contribution of ISA to the implementation of the UN Decade.

Secretary-General of ISA Mr. Michael W. Lodge welcomed Argentina’s contribution to act as Champion of marine scientific research in the Area with a view to mobilizing efforts for the achievement of the UN Decade.

“As Champion of the ISA MSR Action Plan, Argentina will work together with ISA in the spirit of cooperation to promote the shared goals of the UN Decade, to universally foster actions to advance ocean science for the benefit of humankind,” he said.

Argentina is currently also chairing the Intergovernmental Oceanographic Commission of UNESCO of UNESCO (IOC), under the leadership of Mr. Ariel Troisi, who was elected in July 2019.

The Draft MSR Action Plan will be presented to the ISA Assembly for consideration at its 26th Session in December 2020.

For more information on the UN Decade see the official website: https://www.oceandecade.org/