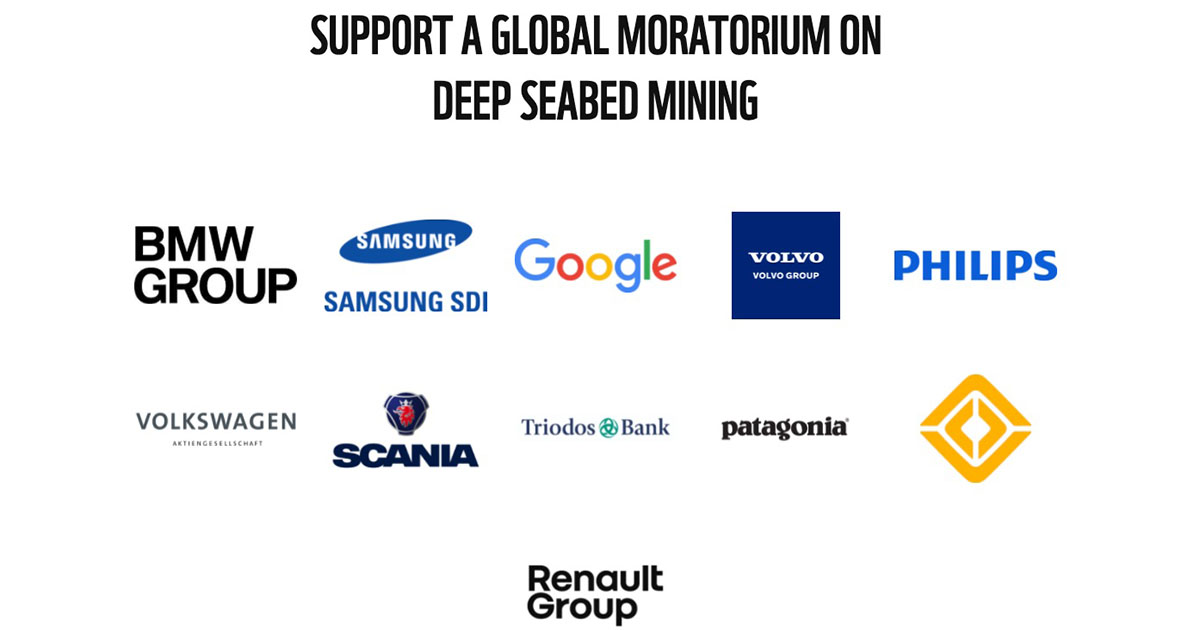 France's Renault and U.S. carmaker Rivian have announced their support for a moratorium on ocean mining.

The decision by Renault and Rivian adds further pressure on the deep-sea mining industry, which aims to extract essential battery metals like cobalt, nickel and manganese from polymetallic nodules found on the ocean floor.

Renault's logo was recently added to the “No Deep Seabed Mining” campaign website, which lists the companies that have signed the moratorium to date, including Google, Samsung SDI and BMW Group.

Companies backing the moratorium commit to excluding such metals extracted from the seabed from their supply chains. The moratorium calls for a clear demonstration that deep-sea mining activities would not detrimentally impact marine habitats before exploitation activities begin.

"Governments should listen to these companies and agree on a moratorium to allow for independent science and invest in circular economy solutions to take the pressure off our ocean," said Jessica Battle, lead at WWF's No Deep Seabed Mining initiative.

The ISA (International Seabed Authority) is currently drawing up regulations designed to govern seabed mining in international waters. The ISA’s efforts were disrupted by the global pandemic but in-person meetings of the ISA Council and ISA Assembly resumed as of December 2021.