Mining Under the Sea 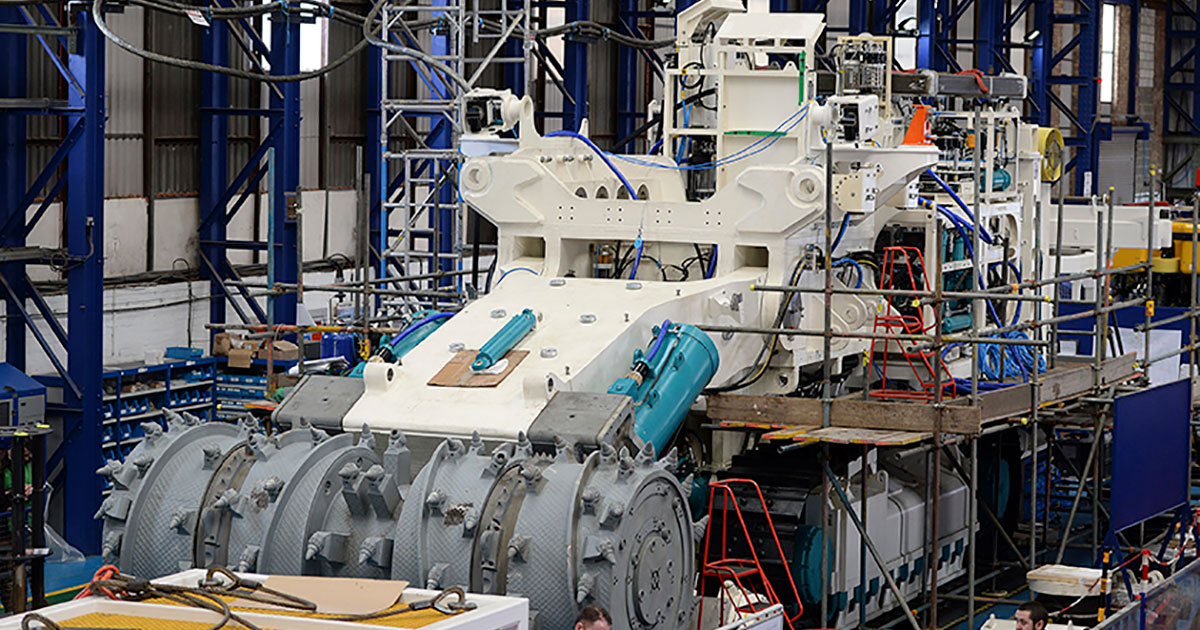 Metals and minerals are key economic drivers. The world’s supply of these natural resources are key to the development of renewable energy, transportation and digital technology…

Our society depends on mining resources to power our daily lives. A prime example is the production of electric vehicles — drivers of metal and mineral markets. These non-fossil fleets of transportation have a more metal intense footprint than their gasoline-powered counterparts. Hybrid and electric cars require more metals, because unlike traditional vehicles, the fuel tank for electric vehicles is in the form a battery.

The global demand for minerals and metal isn’t restricted to automobile production. As pointed out in a World Bank report, The Growing Role of Minerals and Metals for a Low Carbon Future, in order to meet Paris climate targets by shifting away from fossil-based economies and increasing investments into renewable technologies, a greater output of the world’s natural resources will be required.

This increased demand for metals and minerals is placing increasing strain on global land supplies. As reported by Stanford University, sourcing and sustaining the minerals and metals required to drive a renewable economy, while minimizing environmental impact will be critical. Concerns over mineral availability has some companies looking beneath the ripple and currents of the world’s oceans in search for new deposits.

Headquartered in Canada, Nautilus Minerals has plans to be the first company to successfully mine copper, gold, zinc and silver from the sea floor with plans for a first mine site in Papua New Guinea.

“Because they (the minerals and metals) are so high grade you don’t have tailings, and all of the minerals are extracted and there is no big waste dumps like there is on land so there is a lot of benefits,” stated Michael Johnston, CEO of Nautilus Minerals.

Beneath the weight of ocean waters, lies a world mostly unknown to those of us on land. The ocean floor, largely mysterious and unmapped, is home to many crustaceans, fish, slugs, worms and other organisms. It is also home to many undiscovered species and a hidden treasure trove of minerals and metals.

There are approximately five times more cobalt resources on the ocean floors than there are on land. As reported by the World Bank, “Identified world cobalt reserves on land are about 25 million tons, and more than 120 million tons on the floors of the Atlantic, Indian and Pacific Oceans,” and some of the largest known deposits of minerals and metals such as copper and manganese, needed for batteries, are contained on the seafloor.

Recently, an abundant supply of rare earth minerals was discovered beneath the waters off the Japanese coast. Minerals that could help drive the future of the renewable energy industry far beyond the country’s coastline.

Sea floor mining involves extensively mapping out a specific region beneath the ocean waves. An extensive network of data involving satellites, surveys, sonar systems and photo mosaics (a series of images put together) are all used to map out an area of the seafloor. And like projects on land, environmental impact studies are conducted that involve collecting seafloor data on organisms, water chemistry and current data.

Still, there are mounting concerns over the prospect of seabed mining. Rising sea levels and increased acidification, changes in water temperatures and weather patterns are placing the health of oceans at risk and increasing pressure on ocean protection. Mining the world’s oceans brings into question concerns over sustainability of resources and potential long-term damage to marine ecosystems and local communities.

The National Oceanography Center (NOC) conducted a study on the potential ecosystem impacts of deep-sea mining and reported that, according to lead author Dr. Daniel Jones, “the deep-sea is a remote, cold and dark environment kilometers below the surface of the ocean, yet it is home to a wide variety of marine life, much of which is very poorly understood. This research analyzed all available studies on impacts to ecosystems in nodule areas and shows mining for nodule resources on the seafloor is likely to be highly destructive in the mined area, with long lasting impacts. We also think that these studies will underestimate the impacts of mining. Many would not even represent one month’s work for a full-scale commercial operation, which might last for twenty years.”

“When we designed the system we designed it as part of our EIS and we had a workshop with scientists from all over the world Duke University, University of Toronto etc. and we had NGOs and scientists and government buraerats from Papa New Guinea and Australia and we came up with all the concepts,” said Johnston.

Technology is also changing how companies look at mining exploration.

“We are doing a training model for the guys using machines in a virtual reality, learning in an office (rather) than on a machine and be in a computer environment,” said Johnston. “(Technology) is also allowing mankind to minimize its impacts.”

Seafloor mining is already underway with approximately 1.5 million square kilometers of the South Pacific assigned to potential prospectors and ocean floor mining is slated to start in the Bismark Sea later this year.