Harvesting the Deep for the Green Transition 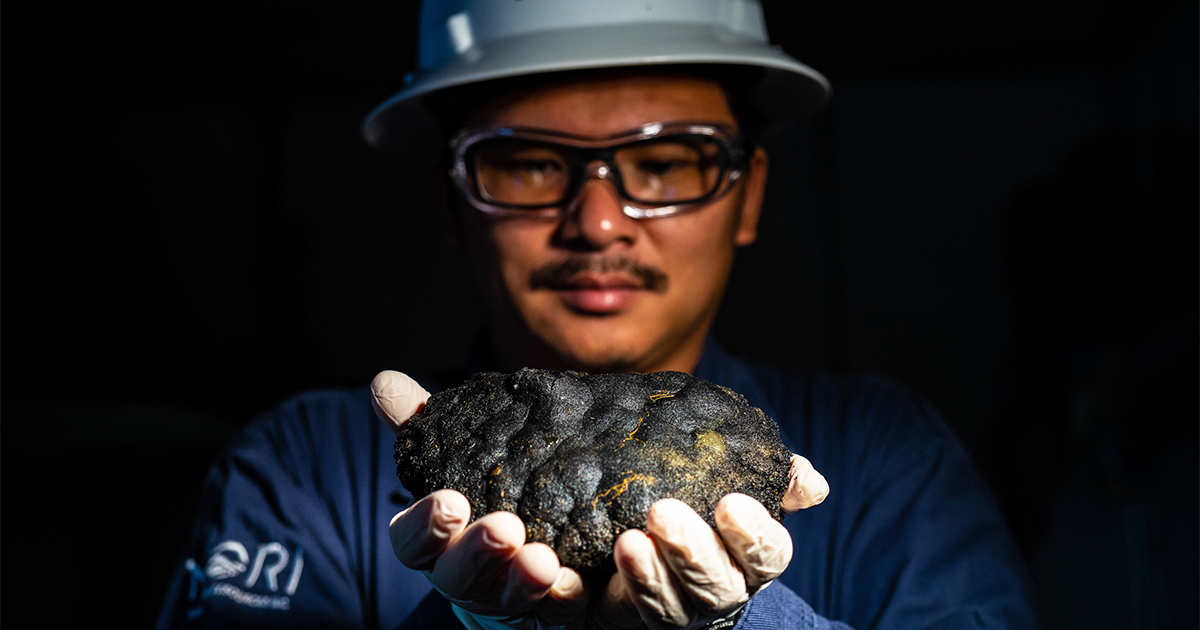 Tesla founder Elon Musk said recently, “When Henry Ford made cheap reliable cars, people said, ‘what’s wrong with a horse?’” Fast forward about a century, and people sceptical about electric vehicles cite poor range and a high cost of entry as reasons that the world will never ‘go electric’.

Since 2017, however, the world has seen a sea change in attitudes towards electric vehicles, with global sales surpassing 1 million EVs for the first time and subsequently doubling in volume in 2019. Better battery chemistries have increased range and with the cost of batteries falling precipitously — by around 90% in eight years — consumers are responding. To meet this rapidly rising demand, companies are now scrambling to secure new sources of the metals critical to low-carbon technologies.

The demand for battery metals

The transport sector contributes approximately 20% of global greenhouse gasses, and emissions from transportation grow at a faster rate than any other sector. Decarbonising transport is a critical part of global efforts to reduce emissions. To do this, however, we need batteries — a lot of them.

Demand for battery metals is set to rise elevenfold by 2050, according to the World Bank. For base metals such as nickel, cobalt and copper, the timeframe is even more urgent: shortages are predicted to emerge by 2025. Writing in the journal Science, researchers recently noted that “mining, metals and material extraction are the hidden foundation of a low-carbon transition. But it is far too dirty, damaging, and dangerous to continue on its current trajectory.” 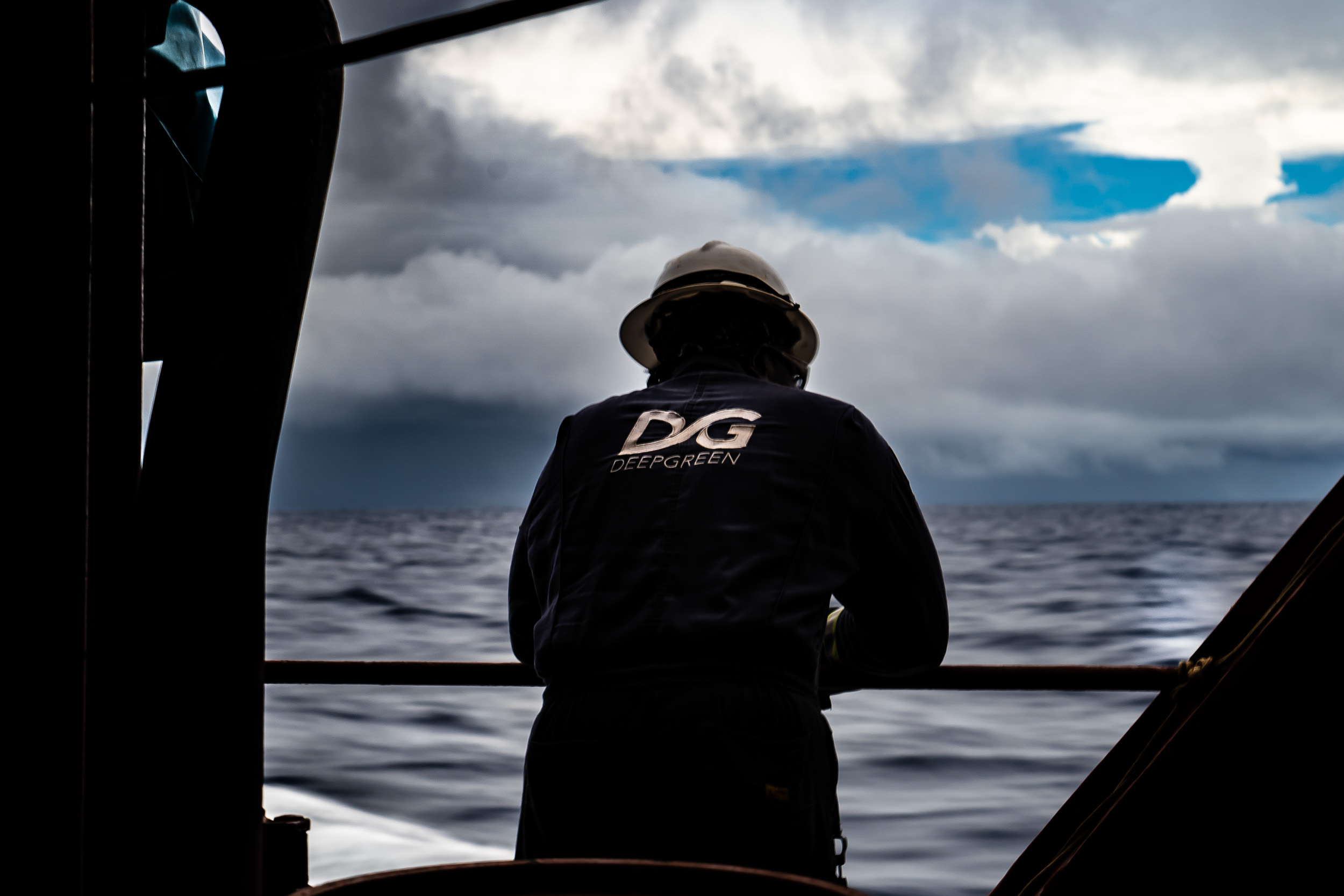 Enter DeepGreen, the company that I lead. We are on a mission to supply metals for the green transition with the least possible negative environmental and social impact, and to ultimately accelerate the transition to a circular metal economy. In a bid to radically compress the many negative externalities of battery metal production, DeepGreen has developed a process for producing battery metals from polymetallic nodules, with near-zero solid waste. The journey begins about 4.5km deep in the Pacific Ocean.

A battery in a rock

For at least 5,000 years humans have extracted metals from the land, digging deeper for lower quality ores. Now, our planet has reached a tipping point. Our atmosphere is full of carbon and our terrestrial ecosystems — which filter out and store CO2 — are in peril. We need urgently to quit fossil fuels, but this will require hundreds of millions of tons of new metals to power electric transport, and to store renewable energy. Where will these metals come from?

Roughly the size of a potato, polymetallic nodules are formed over millions of years on the seabed. These nodules are not new to science, nor to industry. They are a unique resource that contains high concentrations of nickel, cobalt and manganese, as well as copper — the same metals that are required for electric vehicle batteries. DeepGreen is currently developing a project in the Clarion-Clipperton Zone (CCZ) of the Pacific Ocean, which holds a very large concentration of nodules — containing enough metals to electrify the entire global fleet of 1.3 billion vehicles several times over.

While EVs produce no tailpipe emissions, their manufacture is three times as CO2 emissions intensive as regular vehicles, due to the manufacturing of the batteries. We believe polymetallic nodules can deliver emissions reductions of more than 70% to produce a billion EV batteries.

To be sure, our endgame is to create a circular economy for metals. However, today we don’t have enough metal in the system to live off recycled metal. We need a massive injection of virgin ore into the system. 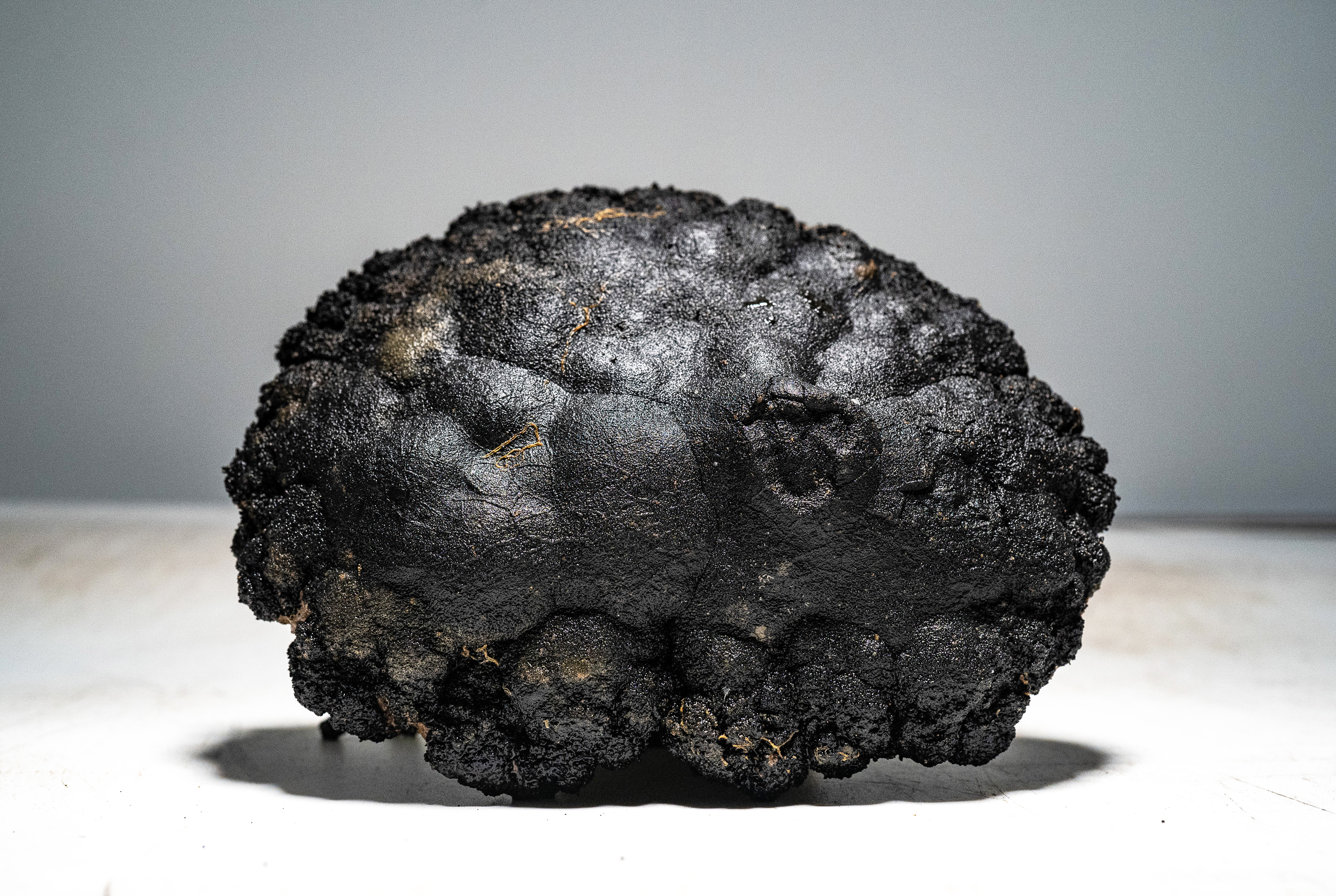 The advantages of polymetallic nodules are immediately manifold: It is like having the metal contents of several ore bodies compacted into one — which means we need to process almost 4 times less ore. The nodules lie exposed and unattached on the top of the deep seabed, meaning we don’t have to shift millions of tons of overburden and waste rock to get at the ore. For every 9 billion tons of metal ore mined and processed each year, over 350 billion tons of waste are produced. Sourcing metals from nodules could reduce the harmful solid waste produced by land-based mining by 100%. Nodules don’t contain toxic levels of deleterious elements, meaning metals can be produced without the many harmful by-products that are so prevalent with mining on land. DeepGreen commissioned and just released a comprehensive life cycle sustainability analysis comparing nodules to land ores, across many other impact categories.

Polymetallic nodules were first discovered by the British explorers aboard the HMS Challenger during 1872-1876 expeditions. In the 1970s four consortia started to collect nodules in the North Pacific Ocean, spending approximately $1 billion in today’s dollars. But the activity was paused, because there were no regulations or governing body in place to govern resource use and protect the marine environment in the high seas. The International Seabed Authority (ISA) was set up by the UN in 1994, and they granted the first contract for exploring polymetallic nodules to DeepGreen in 2011.

The early work developing nodule collecting systems was not done in vain. DeepGreen’s base case system for collecting nodules — a remotely operated collector vehicle and an air-lift riser — was validated in the 1970s. So we are not reinventing the wheel. 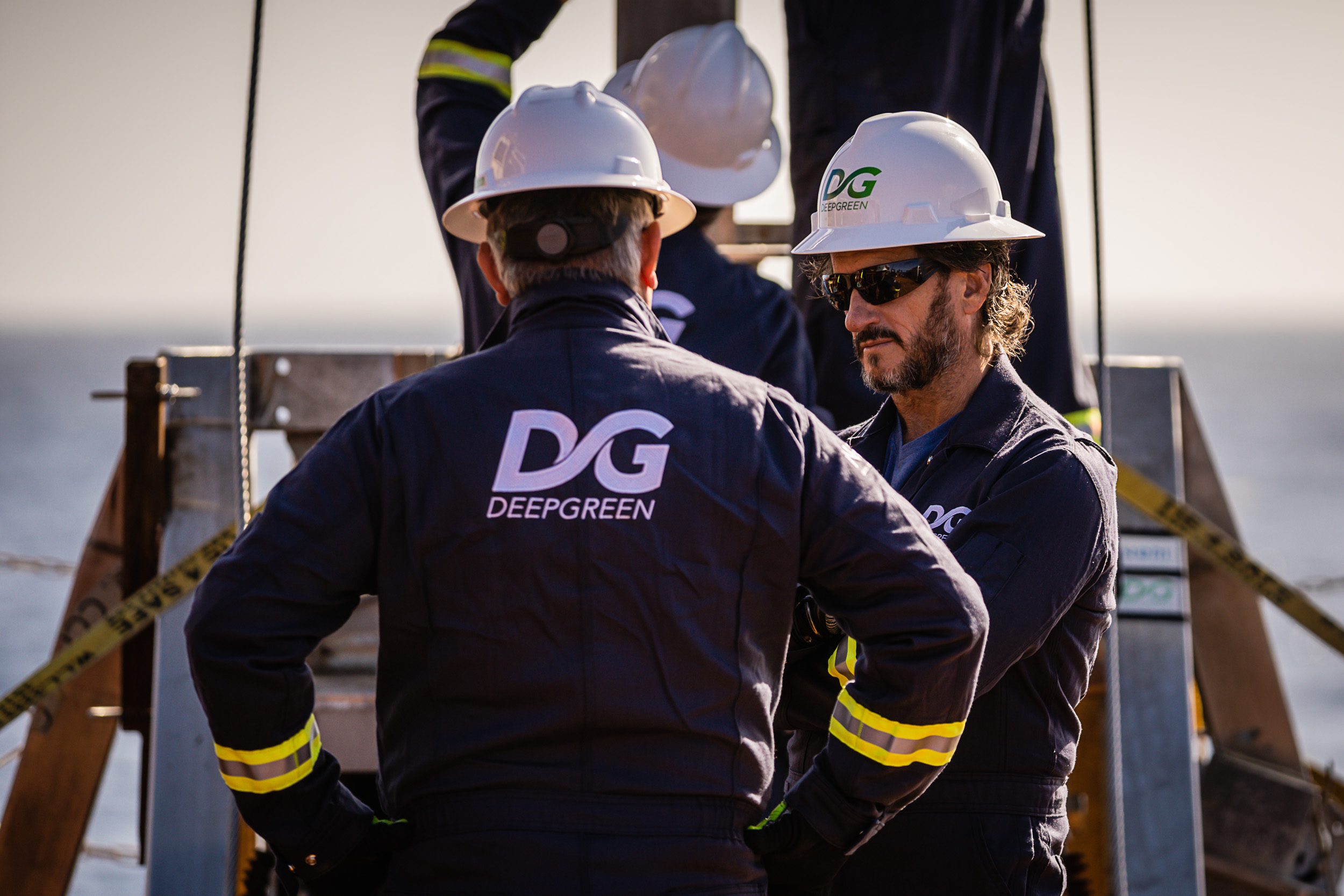 Together with our offshore partner Allseas, we are currently developing DeepGreen’s tracked collector vehicle, which will be connected to the surface by an umbilical to provide power and communications. Nodules sitting atop the sediment will be gently dislodged using water jets directed almost in parallel with the seabed to minimize sediment disturbance and will travel inside the collector vehicle along the curvature of the collector head using the coanda effect. Then nodules will be lifted up a 4500m riser to a collection vessel at the surface. From there, nodules will be transferred to land for near-zero-waste processing using DeepGreen’s proven metallurgical flowsheet.

While producing metals from nodules can dramatically compress or eliminate many life cycle impacts, we still have several impacts to worry about — primarily on the deep-sea environment. Our operations will remove about 85% of nodule cover in our contract area, while certain deep-sea wildlife needs the hard substrate of nodules for critical life functions. While we are working on minimizing seabed disturbance, our collector vehicles will suspend some sediment and depending on how far it travels and how thick the blanketing layer is, it can interfere with wildlife. What are the species living in the CCZ deep-sea? How connected are their habitats? How far would the plumes travel and what would be their impacts? These are some of the questions we are addressing in our environmental and social impact assessment (ESIA) and DeepGreen, together with other contractors in the CCZ, will generate an immense body of deep-sea knowledge in the next few years before commercial activity can begin.

Since the hiatus after the 1970s, this nascent industry has made massive strides. Alongside technological advancements, the industry has benefitted from the steady hand of the ISA, which was established as an autonomous institution under the 1982 UN Convention on the Law of the Sea (UNCLOS) to organize and control activities in ‘the Area’, particularly with a view to administering the resources of the Area, which are defined as the ‘Common Heritage’ of Humankind.

As a result, companies now benefit from a central regulator with 167 member states, which is mandated to provide for the necessary measures to ensure effective protection for the marine environment. In the CCZ, currently there is more territory set aside as protected area than is allocated for mineral exploration. 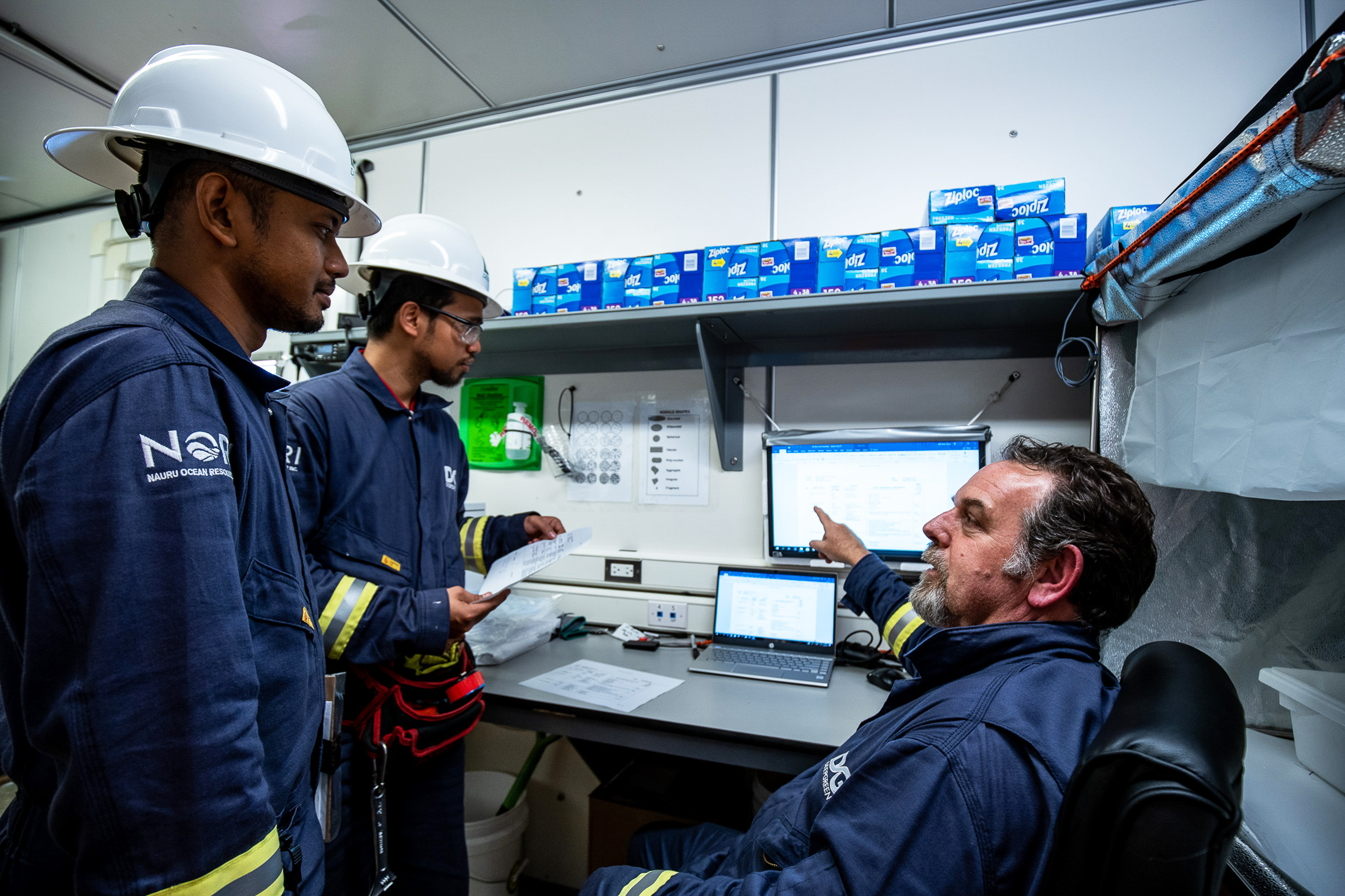 Questions remain over the temporal and spatial scale of the impacts of nodule collection on deep-sea ecosystems and the wildlife that live down there. Shrouded in perpetual darkness, the deep seabed is a food-poor environment with limited biomass, especially in comparison to the terrestrial ecosystems overlaying the remaining reserves of nickel, copper and cobalt. While collecting nodules has the potential to compress the negative externalities of mining, that does not mean we can be complacent about protecting the wildlife in this delicate ecosystem. That is why DeepGreen is undertaking what we consider to be the world’s most integrated seabed-to-surface deep-sea discovery program ever undertaken.

While our ESIA is a mandatory part of DeepGreen’s application for an exploitation contract from the ISA, we will go far beyond our obligations. Our goal is to enable deep-ocean science to progress and to advance our understanding of the abyssal plain — the largest and most common environment on this planet — which is not yet well understood due to the logistical and financial challenges of operating far out in the open ocean and at 4-6 km depths. Together with some of the top minds and institutions in ocean research, DeepGreen will conduct over 100 studies to better understand our operating environment and assess the true extent of the impacts of our proposed activities. The comprehensive baseline studies planned for one of our contract areas, NORI-D, alone will make the 75,000 km2 contract area – larger than West Virginia – one of the most intensively studied regions of the North Pacific Ocean. Unlike for terrestrial mining projects, our deep-sea studies will extend to impacts on microbes, which comprise most of the biomass at these depths. 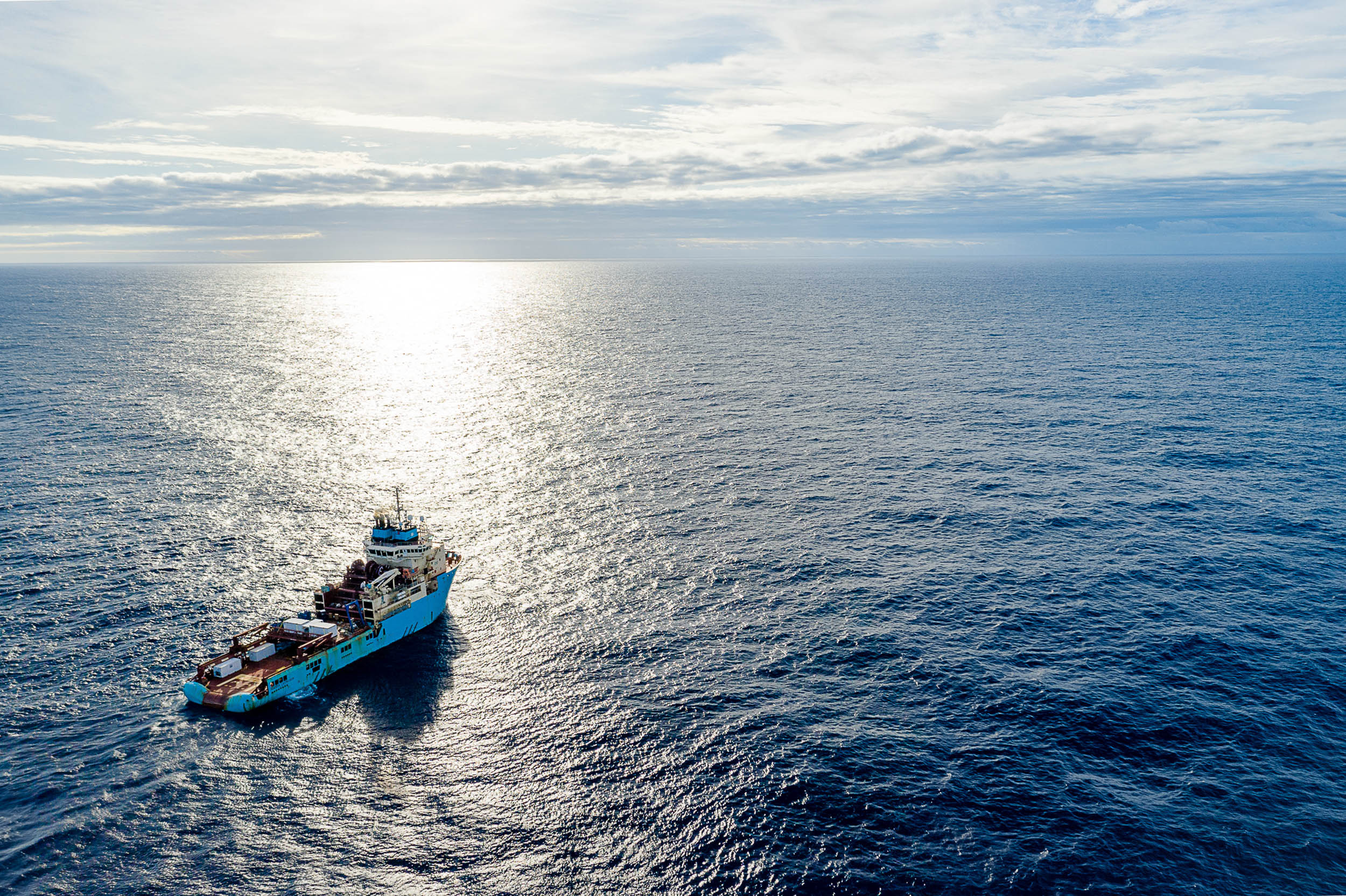 We are committed to the responsible and equitable development of this common heritage, and to making sure that our contribution leads to a net positive impact on the planet and its people, rather than creating new problems. We are developing an Adaptive Management System that will combine real-time data from our extensive monitoring equipment to create the first deep-sea ‘digital twin’ for collecting nodules. This system will enable near-real time operational adjustments and give stakeholders and the ISA a transparent view into what’s happening in the deep darkness of this tiny patch of seabed in the middle of the Pacific Ocean.

The COVID-19 pandemic has given the world a glimpse of less polluted skies, a breath of fresher air. We must ride this momentum and urgently decarbonize the global economy. The stakes are high and we still have much to learn, but I am confident that we can bring better metals to meet this challenge.