“Fight is Not Over” 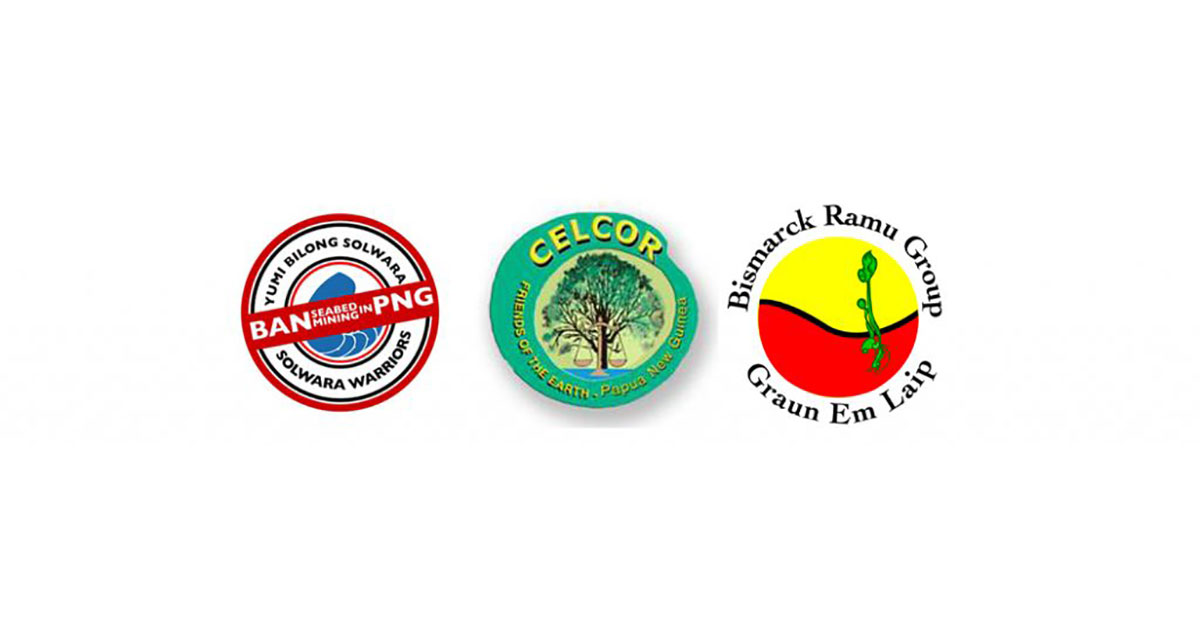 On 21 February 2019, Nautilus Minerals Inc. filed for protection from creditors under the Canadian Companies’ Creditors Arrangement Act (CCAA). Whilst claiming this as a victory in their decade-long campaign to stop the Nautilus Solwara 1 Project in the Bismarck Sea, local communities and civil society in Papua New Guinea are taking heed that the fight is not over until all Nautiluslicences are cancelled.

“This is very welcome news!” stated Jonathan Mesulam, Alliance of Solwara Warriors whose village on the west coast of New Ireland Province is situated only 25km from the Solwara 1 project. “New Irelanders and communities from Provinces across the Bismarck sea have given their undivided support for many years to stop experimental seabed mining.”

“The longer Nautilus is delayed and tied up in protecting itself from bankruptcy the longer they are in debt and not able to get Solwara 1 up and operating, and the closer we are to stopping the project and protecting our livelihoods and seas.”

“The voices of local communities through the Alliance of Solwara Warriors, Churches and civil society in PNG have consistently opposed Nautilus Minerals,” declared Christina Tony, Bismarck Ramu Group. “We strongly believe this unified voice is what is driving Nautilus Minerals out of our country and towards bankruptcy. Other companies thinking of mining the sea floor in PNG or the Pacific should pay attention.”

The court order under CCAA is an agreement between Nautilus and its two main shareholders, MB Holding & Metalloinvest. Nautilus’ auditor the accountancy firm PwC is acting as court monitors to oversee a plan to sell company assets so Nautilus can either continue as a smaller business or those it owes money to will get the best value if the company goes bankrupt. Nowhere in the court order does it mention the PNG Government who owns a 15% in Solwara 1 and the equipment.

“This small group of key interested players will advantage themselves to the detriment of the PNG Government,” alleged Sir Arnold Amet, former Papua New Guinean Attorney General who has repeatedly warned the PNG Government of the financial liabilities of holding a 15% stake in Nautilus Minerals.

“While this is good news for those of us who have been calling for the project not to go ahead, the fight is not over. Not until the PNG Government terminates the Solwara 1 operating licence, as well as all of Nautilus’ licences in the Bismarck and Solomon Seas, will we be able to claim victory.”

“There appears to be no legal action listed regarding the PNG Government” continued Sir Amet. “Has the PNG Government been ‘taken for a ride’ by Nautilus? Did they ever really intend to mine at Solwara 1? Our Government should explore recouping its failed investment by suing Nautilus for breach of contract.”

Peter Bosip, Executive Director, Centre for Environmental Law and Community Rights, who are supporting the landmark case bought by coastal communities challenging the Solwara 1 project under Sections 51 and 59 of the PNG Constitution claimed, “We have seen the original company directors and officers of Nautilus Minerals walk away with a lot of money in their pockets to form DeepGreen Metals, a company promising riches to other Pacific Island nations.”

“This is a case of companies mining the market. Whether they have intentions of mining, or not mining the resource, they are cheating the PNG government and its citizens.”